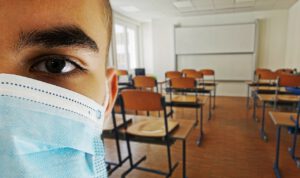 After election results came out, it was largely believed that Donald Trump would not be very excited about another stimulus package. However, contrary to expectations, Trump on Saturday called on Congress to approve a “big and focused” coronavirus stimulus package, possibly including checks.

“Congress must now do a Covid Relief Bill,” Trump said in a tweet. “Needs Democrats support. Make it big and focused. Get it done!”

This tweet from Trump contains two very contradictory terms “big” and “focused.” Previously, Trump, on several occasions, has talked about giving a big stimulus package and checks. However, he never mentioned the term “focused” before, but this time he did and said both “big” as well as “focused.”

It isn’t clear what Trump means by a “focused” package now. Senate Majority Leader Mitch McConnell, in the past, has used the term “targeted” for the stimulus package. On more than one occasion, McConnell even introduced targeted stimulus bills in the Senate for vote, but House Democrats blocked them.

McConnell’s targeted relief bills were about $500 billion and didn’t include stimulus checks. Whether or not Trump meant something similar with a “focused” relief package is not known for now.

Will you get a direct payment and when?

Post-election also, McConnell stands by his words of delivering a targeted relief package. Last week, he rejected Democrats’ call for an expansive stimulus package, saying “that’s not a place I think we’re willing to go.”

Also, he reasserted the need of a targeted stimulus bill, saying Americans needs a package that is “highly targeted at what the residual problems are.”

On the other hand, House Speaker Nancy Pelosi continues with her demand for a relief package costing more than $2 trillion. Last week, Pelosi along with Joe Biden and Senate Minority Leader Chuck Schumer, agreed on the need to get the stimulus package out before the president-elect takes office on Jan. 20.

A joint readout of the call between the three, says that they aim to come up with a bill that offers resources to tackle the coronavirus pandemic, support working families and small businesses, provide funds to the state and local governments, expand the unemployment benefits, as well as ensure affordable health care for millions of families.

Despite the push from lawmakers, there are doubts if there will be a relief package before the end of the year.