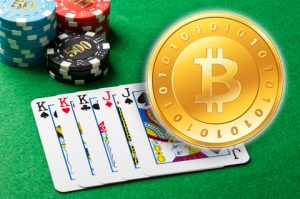 Bitcoin bull rally over the past week has seen its price achieve a new yearly high of $18,479 as the king coin is well-positioned to go past its all-time high. The massive price rally has also sent the greed index to an all-time high as more people want a piece of the scarce digital asset before it’s too expensive.

Online Poker networks have seen a massive jump in requests from players to get their payouts in Bitcoin, as a result, the operators of these online poker networks are buying millions worth of bitcoin to fulfill the growing demand.

Winning Poker Network, one of the popular operators of poker networks online including the AmericasCardRoom.eu reportedly bought a significant amount of BTC for payouts recently. Although the firm has been offering crypto payment services since 2014, the growing demand has forced them to buy even more.

“Right now 90-95% of our payouts are people asking for Bitcoin because it’s going up. We are constantly having to go out and buy Bitcoin — lots. Lots. More than we’ve even had to before.

Major Poker Network Process More than 60% of Payouts in Bitcoin

Nagy further explained that the demand for Bitcoin has gone through the roof and brokers are charging a 1.5% premium on the king coin given the massive demand. He also revealed that ever since bitcoin started to climb they have processed more than 60% of their transactions in the digital asset which is equivalent to over $100 million in a month and given the rising price of bitcoin, the amount could rise to $160 million in payouts.

Bitcoin’s three-year high price rise has not just made Poker players cashout in Bitcoin but many mainstream Hollywood stars like the Game of Thrones actress Maisie Williams and popular American rapper Logic has openly confessed to having invested in Bitcoin. The number of new bitcoin addresses has also spiked significantly where 25,000 addresses were created within an hour recently.

The post Are Days Of Cash Over In Poker Industry? Bloomberg Reports Surge in Bitcoin Payout Requests appeared first on Coingape.