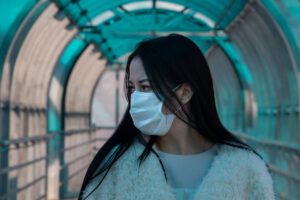 The Unemployment Rate Is At An Unacceptably High 7.9%

WASHINGTON, D.C. – The Labor Department’s September jobs report shows the Trump recession drags on. The unemployment rate is at an unacceptably high 7.9 percent and an even worse 12.1 percent in the African American community. Nearly 12 million American workers continue to draw unemployment benefits, with the latest initial weekly claims staying “elevated beyond the worst levels recorded before the COVID-19 pandemic.”  It is a reflection of the Trump administration’s bungling, inaction and deception during the critical early weeks of the health crisis and the misguided economic priorities of the president and his Senate allies ever since — rushing to meet demands from the wealthy and well-connected while ignoring urgent needs from workers and struggling small businesses, especially in communities of color.

Those failed priorities were on full display this week as the Trump administration refused to meet the U.S. House in the middle to deliver critically needed additional relief for struggling workers, states, schools, and small businesses – insisting instead on more non-starter tax breaks for the wealthy and blanket immunity for corporations against claims from workers mistreated during the pandemic. The U.S. House was left with no choice but to move forward on its own and pass the updated HEROES Act Wednesday that includes a full extension of the enhanced $600 unemployment benefit and improvements to the SBA PPP program, after already passing another aid bill in May. Meanwhile, Senate Majority Leader McConnell trash-talked the House bill from the sidelines after the Senate has failed to pass a recovery bill of their own — and appears to have no intention of bothering to try again.

“The President and his Senate allies are apparently satisfied with the status quo of tens of millions of Americans out of work and more mom-and-pop stores shuttering by the day – a recession that would not have gotten this bad if they had taken the health crisis seriously from the beginning,” said Kyle Herrig, president of Accountable.US. “The President’s allies may claim we’re out of the woods, but it doesn’t change the fact that without additional aid, millions of families will continue suffering through food insecurity, mounting debt, and even the prospect of homelessness. If the President and the Senate can find the time to ram through an extreme Supreme Court nominee, they have no excuse for not following the House’s lead in delivering urgently needed aid to these struggling families and small businesses.”

While Trump and Senate allies have put all their energy into jamming through an extremist, corporate-friendly Supreme Court nominee, it has been: