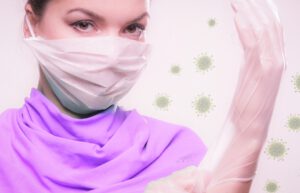 While Trump Downplayed the Effects of the Coronavirus In Public, His Advisors Warned GOP Donors of Its Severity

The Coronavirus’ Disastrous Effects Were Ignored

WASHINGTON, D.C. – As the U.S COVID-19 death toll rises to more than 215,000, new reporting from the New York Times reveals that Trump administration officials privately briefed Republican donors on the severity of the virus — all while the president downplayed the pandemic’s threats in public.

The Times reports that senior members of Trump’s economic team informed conservative thinktanks and GOP donors in late February that they “could not yet estimate the effects of the coronavirus on the American economy.” But reports from the past few months have revealed that the president and his team received several memos and briefings from experts in January and February that warned of the coronavirus’ disastrous effects — advice on which the administration failed to act.

This news also comes after last month’s revelations that the president knowingly mislead the public on COVID-19’s severe threats in its early days.

“Apparently, if Americans want to hear the full truth from the Trump administration about the severity of COVID-19, they need to be wealthy and well-connected donors,” said Kyle Herrig, president of Accountable.US. “President Trump has mismanaged this crisis from the beginning and it’s long past time for his administration to stop lying to the public and ensure that relief finally reaches the families that need it most.”

Key Points From The Story: