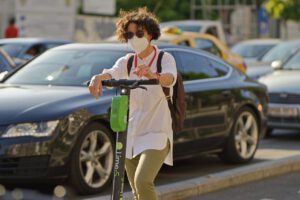 Another 751,000 Out of Work, But Trump and Senate Allies Chose to Grab Power Instead of Provide Coronavirus Pandemic Relief

WASHINGTON, D.C. – The Trump recession deepened as another 751,000 Americans filed for unemployment last week, bringing the total number of workers drawing unemployment benefits to nearly 7.8 million. The report comes as the Trump administration threw in the towel on containing the worsening pandemic that has already cost the lives of over 225,000 Americans — and as Senate skipped town without passing a serious COVID-19 economic aid package, as the U.S. House has done twice. Trump’s Senate allies chose instead to spend critical weeks teeing up the confirmation of the President’s extreme Supreme Court pick. In an act of economic sabotage, the Senate Majority Leader Mitch McConnell waved off the White House from making a pandemic relief deal with the U.S. House at a time mom-and-pop businesses continue to shutter, mass evictions and more job losses loom, and food insecurity persists – especially within Black and Latino communities.

“Giving up and waiting for the health crisis and recession to fix themselves is not an option for our leaders — but that is exactly the dangerous and costly choice the president and his Senate followers have made,” said Kyle Herrig, president of government watchdog Accountable.US. “They made clear their indifference towards the incredible sacrifices being made by small businesses and workers when they decided a more right-wing, corporate-friendly Supreme Court was more important than a real coronavirus pandemic relief deal.”

Almost 65 million Americans have filed for unemployment insurance since the start of the pandemic, and the nation’s true unemployment rate — those who do not have a full-time job that pays a living wage — is 26.1% for all Americans and a jaw-dropping 59.2% for Black Americans.  Yet Trump’s Senate allies made every excuse not to act on the updated HEROES Act the House passed this month that includes a full extension of the CARES Act’s $600 enhanced unemployment benefit provision and improvements to the Paycheck Protection Program (PPP), after previously passing a serious aid bill in May.

While Trump and the Senate put all their energy into jamming through Trump’s extremist Supreme Court nominee, it has been…

It’s clear more — not less — needs to be done as the Trump Recession continues for millions of Americans:

The post Trump Chose To Grab Power Instead of Provide Pandemic Relief? appeared first on ValueWalk.