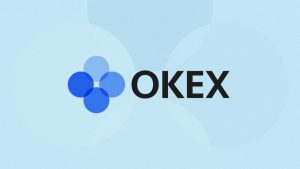 Troubles for the cryptocurrency exchange OKEx does not seem to die down anytime soon. According to the latest development, OKEx’s Founder as well as its key holder, who goes by the name ‘Star Xu’ was reportedly in criminal detention and would only be permitted to meet or communicate with his lawyers. This essentially implied that the executive wouldn’t be able to staff at OKEx to handle the situation.

More than a week ago, its founder, Star Xu’ was reportedly being held by the Chinese police. While the official clarification did say that the person was “cooperating with a public security bureau in investigations,” Jay Hao, who happens to be OKEx CEO and Co-founder, asserted on a social networking platform, Weibo that the issue was over a personal matter and it wouldn’t affect the business or the user funds.

Prior to this OKEx had suspended withdrawals on the 16th of October and 11 days later, the situation has not gotten any better.

Its latest update was on the 26th of October wherein it stated that the withdrawals were still halted.

Update Oct 26: A WebSocket System Upgrade is scheduled for tomorrow, Oct 27 at 8:30 am UTC (affects API traders and other parties who use OKEx API).

Withdrawals are still paused. We are doing the maximum to resolve this as quickly as possible.

Here’s how the community reacted to it:

According to the PRC lawyers, who have also commented that under Chinese Law, the Founder can be held in detention for a maximum of 37 days, that means until the 15th of November 2020. Following this, the prosecuting authorities will decide whether or not to approve an arrest. In a scenario, of an arrest being approved would mean that Xu will be detained pending trial. If not, further investigation will be initiated and Xu could finally be either be released on bail or subject to home detention.

Reports circulated in the Chinese media that Xu was, in fact, already taken in by the authorities for investigation a week ago prior to the withdrawal halting news. Additionally, two other executives were also detained but were released on bail. But his arrest garnered the spotlight primarily because he held the private keys to the crypto exchange’s funds. Furthermore, reports of Xu borrowing funds from a Shanxi-based underground bank for the backdoor listing of OKC Holdings on the Hong Kong Stock Exchange in 2019 also surfaced.