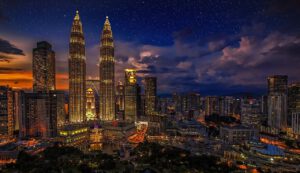 A new study by DirectlyApply has revealed the cost of happiness around the world, analysing what the average salaries are for the happiest countries, alongside the average retirement and living age.

The study found that Helsinki ranked as first with a happiness score of 7.76 out of 10. For those who are looking to move to Finland, locals will need to earn on average £27,936 in order to be the happiest in the world. A stand out fact from the research is that those living in Finland have to earn a huge £6,349 less compared to second placed Copenhagen!

Following Helsinki and Copenhagen, Oslo, Reykjavik and Bern rank 3rd, 4th and 5th with happiness ratings ranging between 7.55 and 7.48. However, as these countries have high living costs, individuals will need to earn between £31,585 and £55,750 to be happy!

The Top 25 Happiest Countries to Live in

The Retirement Age of the Happiest Cities Around the World Is 65 Years Old!

The study also looked into the average retirement age of the happiest cities around the world. It found that being 65 years old is the optimum age to retire if you want to be happy!

If retiring early is on your bucket list, look not further than Guatemala City! The city has an average retirement age of 60 years old meaning you can retire early and live out your best years.

Valletta in Malta and Prague in Czech Republic follows Guatemala with average retirement ages being 62 and 63 respectively. The ever popular destination of France has a retirement age of 64 years old, just 4 years longer than Guatemala City – an option for many who are looking to spend the rest of their lives in Paris!

Switzerland Ranks First as Having the Longest Life Expectancy at 84 Years Old!

To match its beautiful scenery, Switzerland holds the highest life expectancy at 84.25 years old. For those who are looking to move to another country for the remainder of their lives, this country allows for the highest level of opportunity to be happy in retirement. Italy closely follows with an average life expectancy of 84.01 years old.

Alongside it’s beautiful scenery, cosy winters and great landscapes, Switzerland holds the highest life expectancy of all countries at 84.25 years old. Italy follows closely behind with an average life expectancy of 84.01 years old, with Spain coming in third.

Now although Switzerland offers the highest average life expectancy, it does come at a cost. As Switzerland is known for being an expensive country, local residents will need to earn $61,460 in order to be happy!

The Top 10 Counties for the Highest Life Expectancy

The post Study Reveals The Cost Of Living In The Happiest Countries appeared first on ValueWalk.