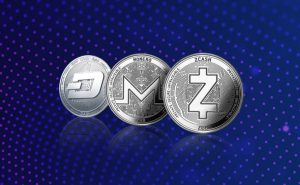 Several privacy-focused coins have noted interesting rallies over the past couple of weeks. Coins such as Monero [XMR], ZCash, DASH have been surging despite the current stagnancy in the market.

According to the latest edition of Coin Metrics’ report, Monero’s market cap climbed to its highest level since September 2018. That was not all. The popular privacy coin’s on-chain activity appeared to be surging as well. To top that, XMR’s transfer count is just shy of setting new all-time highs.

ZCash is not far behind as well. ZEC transfers were also on a steady rise. Part of its growth can be attributed to the growth of DeFi – similar to wrapped BTC and wrapped ETH, wrapped ZEC tokens were growing since June. In addition, ZEC transfers also gained traction especially from mid-July, perfectly coinciding with the DeFi boom. Recently, Winklevoss twins-led Gemini became one of a handful of cryptocurrency exchanges regulated in New York, which allowed its users to withdraw confidentially privacy coin confidentially.

It is becoming more and clear that Bitcoin and crypto are here to stay. But the same cannot be said about the privacy coins. Despite the increasing popularity, the mounting threat by the regulatory watchdogs cannot be shrugged off. The recent blow came when the popular crypto intelligence firm, Chainalysis, and data forensics company Integra Fec won a combined $1.25 million contract to provide tools to “break Monero”, for the U.S. Internal Revenue Service [IRS]. This is not the first time that the country’s authorities have zeroed down and targeted privacy coins. Several Asian crypto firms had previously delisted privacy tokens from their platforms in mid-2019.

More recently, it was the Department of Justice’s latest memo that reignited the debates of financial privacy. The memo essentially spoke about adding a backdoor to everything digital so that government authorities/law enforcement agencies with appropriate legal authority can access data seamlessly. What is even more clear is that there is currently an ideological battle over self-custody and privacy. Whether or not they are able to “break Monero”, the looming threat is very evident and there is a sword hanging over the privacy coin’s head.

Hence, despite its growth, many in the community are skeptical about using privacy coins as potential “investments”. Jason Choi, who is the Founder of The Blockcrunch Podcast also echoed a similar sentiment. He stated,

“I’m excited for privacy tech but bearish on privacy coins as *investments*, as I expected exchanges delisting over time to avoid the ire of regulators. Never expected some of them to go after self-custody as well”

The post Privacy Coins (XLM, ZCASH, DASH) Are Back On The Rise Despite Mounting Regulatory Threat appeared first on Coingape.