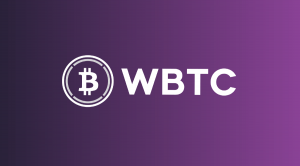 It was around the middle of this year that WBTC started minting bitcoin at a rapid pace. To top that, the clients’ interest in converting BTC to WBTC has been growing at a record-breaking rate. In yet other news, Chicago-based over-the-counter [OTC] desk Grapefruit Trading revealed wrapping 100,000th WBTC. This desk happens to be one of the first OTC desks to mint the wrapped token through BitGo.

According to DeFi Pulse’s charts, WBTC now stood the third position in terms of the total value locked [in USD] with $1.138 billion positioned behind Uniswap and Maker. It stood before popular decentralized platforms Aave and Curve Finance among others.

The over-the-counter demand for wrapped bitcoin at an astonishing rate, especially in the month of September. This was due to the DeFi frenzy that subsequently triggered the WTBC TVL figures to gain traction.

Another platform, called Alameda Research happens to be one of the world’s leading wrapped Bitcoin merchants and for the past two months, it saw huge over-the-counter demand at its sister company, FTX. In August, Alameda minted $160 million worth of WBTC followed by $306 million minted in September. This month’s growth witnessed an immense activity by some large merchants who minted no WBTC the month before. This was also confirmed by FTX CEO, Sam Bankman-Fried who revealed that both their regular exchange and OTC desk are seeing a ton of new inflow.

Furthermore, from the beginning of August to press time, the supply of this form of tokenized Bitcoins grew by more than 500%, according to data from Dune Analytics. Despite the fact that certain platforms offer alternate tokenized bitcoin products, it is WBTC that has been dominating the charts.

Wrapped Bitcoin essentially allows users to lock up BTC in exchange for WBTC, which is an ERC-20 token pegged to Bitcoin. This lets BTC holders access the diverse Ethereum-driven decentralized finance [DeFi] ecosystem using it as collateral. The rising interest essentially reflected market participants capitalizing on the increasing number of opportunities for using pseudo-BTC in the growing decentralized finance [DeFi] space.

“Amazed by the growth of WBTC lately. Defi really gave a new life to it, after almost a year of much slower adoption rate since we kickstarted the project with various other teams in the space”