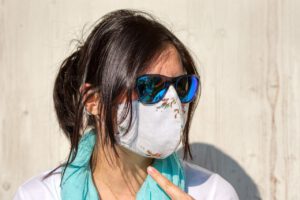 President Donald Trump’s decision to put the brakes on stimulus negotiations certainly disappointed and surprised many. However, for three groups at least, this means more financial trouble going forward. No deal, which would have included coronavirus stimulus checks, funds for states and local governments, provisions for renters and more, could mean financial hardships for renters and landlords, states and local governments unable to meet their fiscal deficit.

On Tuesday, Trump asked his representatives to stop further negotiations on the stimulus deal. A few hours later, Trump called on Congress to approve standalone bills on coronavirus stimulus checks, airlines and small businesses. Trump, however, was quiet on the financial hardships facing renters and landlords.

A second stimulus package, which looked likely after talks between House Speaker Nancy Pelosi and Treasury Secretary Steve Mnuchin, would have proved to be a lifeline for renters and landlords. The layoffs and furloughs following the coronavirus pandemic have left millions of people unable to pay their rent. This, in turn, meant no income for many landlords.

About 30 to 40 million Americans face the risk of eviction because of the pandemic. Though the Centers for Disease Control and Prevention did issue a nationwide moratorium on evictions last month, the experts say that it is not fully effective.

This is because the CDC’s moratorium didn’t automatically give eviction protection to the renters. Rather, the renters need to proactively notify their landlords that they can’t be evicted because of the order. However, without an attorney, it would be difficult for renters to force landlords to follow the order.

Had the CDC’s order come with funding for rental assistance, it would have been a win-win situation for both renters and landlords. Now with Trump ending stimulus talks, hopes of any rent relief coming soon has faded away. This has left millions of renters facing eviction despite a national order.

“The president has threatened to collapse the rental market with his egregious inaction,” director of government affairs at the National Housing Law Project, Noëlle Porter said, according to MarketWatch.

No aid for states and local governments

Trump’s decision to end stimulus talks also means no financial aid for pandemic-stricken states and cities. This could mean states resorting to spending cuts, layoffs and tax increases to bridge their financial deficit.

American states and local governments have spent a significant amount of resources to fight the coronavirus pandemic. They now need funds to carry on their operations, as well as continue their fight against coronavirus.

“We can expect severe economic consequences from the failed negotiations, including more businesses closing and more public and private sector layoffs,” CEO of the National League of Cities, Clarence Anthony said, according to Bloomberg.

Pittsburgh, Pennsylvania, for instance, is facing a $100 million deficit. It needs to close this deficit during the fiscal year starting in January.

“It is forcing us to look at layoffs and cuts to city services at a time when we’re already spread dangerously thin, and our residents need our help more than ever,” Mayor William Peduto said in a statement, as per Bloomberg.