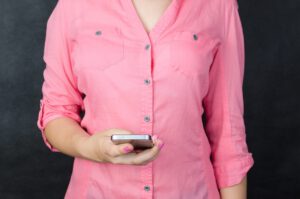 New York’s New “Pink Tax” Ban Has Big Loopholes; May Not Even Cover The Very Discrimination Which Inspired It

WASHINGTON, D.C. (October 1, 2020) – New York’s new “Pink Tax” ban, which is going into effect, has major loopholes so serious that it might not cover even the most egregious sex discrimination which apparently first inspired it, says the public interest law professor who first successfully attacked sex discrimination in pricing.

Under this new law, businesses are prohibited from charging men and women different prices for consumer goods or services which are “substantially similar.”

But, says Professor John Banzhaf, the law might not even cover the blatant sex discrimination he successfully attacked some 20 years ago, and which seems to have inspired laws such as New York’s in several states.

Banzhaf explains that, back in 1989, one of his male law students complained that he had to bring his shirts in to be dry cleaned in order to get the lower price. His dry cleaner, like most in the area, charged far more if shirts were brought in to be laundered by a woman rather than by a man.

Banzhaf and his law students sued, and had the practice declared illegal in the District of Columbia; a move which was quickly followed in other jurisdictions.

But, he suggests, New York’s new law might not even prevent this basic and outrageous form of sex discrimination – charging women 3 to 5 times more to launder exactly the same shirts – from occurring in the Empire State.

Why This Law Will Not Prevent Sex Discrimination

ONE – The law permits sex discrimination in pricing if the defendant claims it’s cost justified: i.e., if the “amount of time it [takes] to . . . provide such services” is greater for women than for men.

That’s exactly what dry cleaners in the District claimed when they were sued.

In that case, defendants brought in Bill Clinton’s hair cutter who claimed that it took more time to give women even a simple short basic haircut because females are fussier.

Banzhaf nevertheless won because he was able to find another hair dresser – who cut Hillary Clinton’s hair – who said that this claim was simply not true.

But Banzhaf notes that, under New York’s law, plaintiffs may find it difficult if not impossible to find experts to challenge claims that it takes longer to provide a service for women than for men because the experts – e.g., in laundering, hair cutting, watch repair, etc. – tend to work in or for the industry being sued, and thus are unlikely to testify against the hand which feeds them.

Laundering Prices Based On Gender

TWO – Another problem, also illustrated by Banzhaf’s shirt laundering suit, is that the new law only prohibits services being “priced differently based upon the gender for whom the goods or services are marketed.”

But in the D.C. case, the price was based upon the gender of the person who brought the shirts into the dry cleaner, not the “gender for whom the goods or services are marketed,” since exactly the same shirts (usually men’s collared business shirts) were involved in both situations.

So it’s not clear that the law would prohibit this type of sex-based pricing – a practice Banzhaf helped outlaw in D.C., in several nearby jurisdictions, and in some other states – since the shirt-laundering service is marketed equally to both men and women, but just at a different price.

THREE – Still another problem is that women’s shirts may in fact sometimes take more time – and therefore cost dry cleaners more – to iron, since they may be more likely than men’s shirts to include lace and other trims, added buttons, bows, ruffles, unusual sleeve types, etc. Thus, are they truly the “substantially similar” garments the law refers to, and is laundering them a “substantially similar” service?

Paying More For The Same Sweater

FOUR – Department stores may sell exactly the same sweater, in a variety of sizes, in its men’s wear and also in its women’s wear departments, but at a much higher price in the latter. The justification often given is that women are more likely to equate price with quality or value, and also often are willing to pay more. Would this now be illegal in New York since women are free to buy the item at the lower price in the men’s department?

FIVE – Many studies show that women often pay more to buy a new or used car than men. But since prices are usually negotiated, does this suggest that men are simply tougher negotiators (so it’s not illegal) or that women are being illegally discriminated against under the new law?

SIX – Suppose, suggests Banzhaf, owners of restrooms in public places re-instituted pay toilets, but charged the same in both male and female restrooms? Is that legal because there is exactly the same charge for arguably the same good or service, or does it matter that women have a greater need for toilets in public places?

This would make an interesting law school exam question, quips the professor.

So the bottom line, says Banzhaf, is that this new law is a long overdue step forward to protect against sex discrimination, but there may be loopholes clever lawyers may try to take advantage of.