There are at least three factors to consider before jumping into privacy coins.

Privacy was always meant to be part of Bitcoin’s DNA, but technical constraints and complicatedness got in the way.

Instead, the responsibility for Bitcoin’s privacy was put onto the Bitcoin end users, who were urged to use Tor, coin mixers and non-reusable addresses to help improve privacy for everyone.This didn’t pan out as most people opted for ease of use instead, and the minority of Bitcoin users who do care about privacy only opted in selectively.

Even in illicit dark web transactions, where you’d expect to find all the most privacy-conscious users, Bitcoin is still the currency of choice by a very large margin.

Even when privacy is a priority, other factors like liquidity, usability, network effects and speculative potential have all been valued more.

The reason most cryptocurrencies like Bitcoin aren’t private is because they run on a public, transparent ledger. In other words, you can easily trace transactions between different addresses.

The way Bitcoin privacy services like mixers work is basically that everyone who wants privacy puts their coins into these mixers, where they get all jumbled up and then spat back out to different depositors, minus a fee for the service. Because the coins are getting mixed up, that traceable chain is severed and it’s tougher to associate specific coins with specific addresses.

Bitcoin mixers are not inviolable though. Firstly, the level of privacy they offer is middling at best. Additionally, the mixing services themselves often need to be trusted third parties. They can be shut down, and they’ll often have a view on which addresses are doing the mixing along with other user information like chat logs and user IP addresses.

In short, they’re pretty rubbish for privacy, but they’ve remained quite popular nonetheless because they work with Bitcoin, and Bitcoin is the standard. 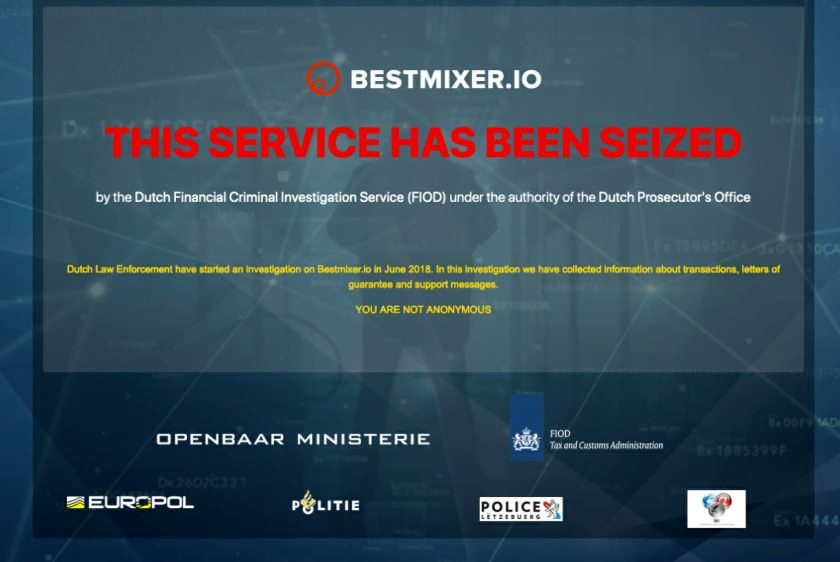 The home page of a Bitcoin mixing website following seizure

Privacy coins bake those kinds of privacy services into the blockchain itself. The upside is privacy, while the downsides often include things like higher transaction fees, inconvenience for users who don’t need privacy, difficulty of use and extraordinarily poor interoperability with other blockchains.

It’s a big trade-off, and the fundamental bet behind buying privacy coins is that enough people will eventually value privacy to use these cryptocurrencies despite the downsides.

But if taking this bet, it’s also worth considering where Ethereum stands.

Although the Ethereum blockchain is just as transparent and public as Bitcoin’s, it also allows the creation of autonomous non-custodial mixing services, such as Tornado Cash, and other privacy-oriented applications like StealthSwap.

So, instead of having trusted mixing businesses plying their services with Bitcoin, you have smart contracts doing the same thing autonomously with Ethereum.

This solves many of the problems associated with Bitcoin mixers, while also leaving privacy to the side as an optional extra and allowing the use of Ether as a popular, widely-used and highly liquid privacy coin of sorts. It’s arguably well-positioned, being the second-most widely used currency on the dark web behind Bitcoin.

The decentralised finance ecosystem found around Ethereum is also a good value-add that dedicated privacy coins are functionally unable to replicate.

In this light, it’s interesting to note how quickly Tornado Crash is growing alongside the dedicated privacy cryptocurrencies this year. Although it started small, the growth rate is unmistakable. 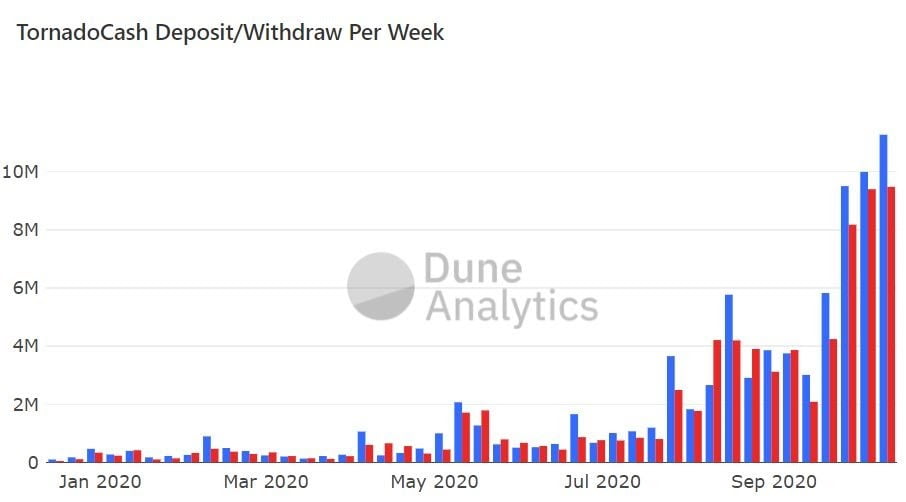 Currently, Tornado Cash is handling about $10 million a week. By contrast, the BestMixer service was one of the largest Bitcoin mixers around, and it’s believed to have handled only about $200 million in the couple of years prior to its seizure.

It’s hard to account for the vagaries of markets and the influence of factors like Monero’s brand recognition, but based on pure functionality, it would be a mistake to discount Ethereum when looking for ways to go long on privacy.

Privacy is a tricky area for crypto speculators. Although apparently valued, it’s also extraordinarily technical, full of all the same irrationality as every other part of crypto and prone to ups and downs based on regulatory changes.

Exchanges in Japan, Australia, the United States and elsewhere have all delisted privacy coins in the face of outright bans or more gentle regulatory concerns. While this is great for a coin’s cypherpunk credentials, the drying market probably isn’t so good for prices.

The high likelihood of more privacy coin bans coming down in the future hangs a question mark over the future performance of some privacy coins, but could prove to be more rewarding for those like Ethereum or Zcash which can deliver more flexible privacy protections.