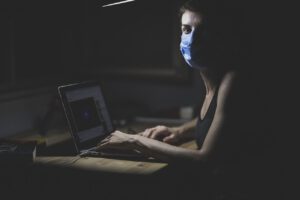 WASHINGTON, D.C. – A new analysis from government watchdog Accountable.US found that that at least $3.4 million in SBA Paycheck Protection Program (PPP) funds went to corporations that are shell companies, or that were about to be acquired by one. While PPP was billed as a lifeline for struggling mom-and-pop businesses, the Trump administration allowed shell companies or SPACs to receive forgivable taxpayer-backed loans despite having the resources and connections to raise enormous amounts of capital. In fact, many of these shell companies were sitting on large amounts of cash at the time they or their subsidiaries took the PPP loans.

One shell company, Wright Investors’ Service Holdings – made up of 2 employees making six figures each and reporting “no or nominal operations” – received a $53,000 PPP loan just before reporting over $7 million in cash and cash equivalents on hand.  In another case, a shell company named Tortoise Acquisition Corp. (whose NYSE ticker symbol is aptly ‘SHLL’) that has “No Operations And Nominal Assets” disclosed a $900,000 PPP loan for a company with which it was about to merge, Hyliion Inc. The merger is expected to produce $560M in cash and create $450M in equity for Tortoise. Last Friday, Hyllion Inc. made its debut on the New York Stock Exchange following reports that the deal is poised to make Hyliion’s CEO Thomas Healy a billionaire.

“Lack of sunlight encourages fraud and abuse,” said Kyle Herrig, president of Accountable.US. “The Trump administration’s poor design of this program and resistance to transparency allowed companies with access to substantial capital to play a shell game with PPP money. It’s yet another way the wealthy and well-connected made out like bandits under PPP, and another slap in the face to the thousands of legitimate, struggling small businesses who were shut out.”

The SEC records raise red flags about whether these companies truly needed this money to maintain operations, or whether they were just tapping a source of cheap liquidity. It is insult to the over 110,000 small businesses (including 1-in-6 restaurants) that have shuttered during the health crisis, especially in communities of color – many because they couldn’t access a single dollar of aid from the PPP program. As Congress continues to negotiate the next coronavirus aid package that could include another round of PPP funding, will they close this loophole created by the Trump administration that has allowed wealthy shell companies to exploit tax dollars meant for actual struggling mom-and-pops? Or will they make the same mistake and expect a different result?