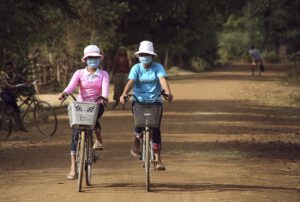 Two parallel efforts are being made to come up with the next stimulus package. One from Treasury Secretary Steve Mnuchin and House Speaker Nancy Pelosi, and the other from Senate Majority Leader Mitch McConnell. While Pelosi-Mnuchin are still to agree on a package, McConnell, on Saturday, informed that the Senate will vote on smaller coronavirus relief bills, which won’t include stimulus checks, on Tuesday and Wednesday.

Talking about the bills, McConnell said it would include federal unemployment benefits, funding for PPP, funding for the coronavirus vaccine, funding for distribution of the vaccine and funding for testing and tracing. Further, the bill also includes $100 billion to “make schools safe for kids.”

Similar to last time, the Senate vote is unlikely to result in anything substantial because the Democrats may not support it. Nevertheless, with the voting, McConnell probably hopes to put political pressure on Democrats.

Talking in favor of the standalone bills, McConnell said “Democrats do not even oppose” these measures. McConnell also blamed Pelosi for blocking “any aid whatsoever” unless Pelosi gets what she is asking for.

McConnell also said that if Democrats support the bill, the Senate would be able to pass the bills before they vote on the confirmation of Judge Amy Coney Barrett.

Mnuchin and Pelosi continue to negotiate

Even though McConnell has said that he won’t put a broader bill on the Senate floor, Mnuchin and Pelosi have continued negotiations. The two talked on Saturday over the phone, and will speak again on Monday.

Pelosi, on Saturday, gave the White House a 48-hour deadline to reach an agreement on the stimulus package so as to get it to pass before the November election. She is optimistic on reaching the deal, but said more work needs to be done. She said whether or not they come up with a relief package now depends on the White House.

Pelosi giving a 48-hour deadline and McConnell scheduling votes on the targeted relief bills are likely the final pushes to come up with the relief package before the November election. If there is no outcome on the relief package this week, then it is very likely that there won’t be any coronavirus relief package and stimulus checks this year.