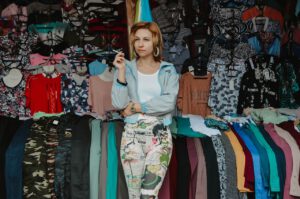 WASHINGTON, D.C. – Yesterday, the Small Business Administration’s (SBA) Office of the Inspector General released a report on the agency’s response to the pandemic through the Economic Injury Disaster Loan (EIDL) program. The findings were brutal, but not surprising: with minimal oversight, fraudsters and abusers ran away with billions in taxpayer-funded relief. In total, the report found that the SBA handed as much as $78 billion to potential fraudsters and other non-eligible applicants — as hundreds of businesses nationwide were forced to shut down without funds to keep them afloat.

“It’s been clear from the start of the pandemic that the Trump administration’s complete lack of transparency and oversight in the allocation of relief dollars was problematic,” said Accountable.US President Kyle Herrig. “Now the full costs of the administration’s mismanagement are coming to light: $78 billion in COVID relief funds went to potential fraudsters and ineligible applicants as more than 110,000 businesses across the U.S. were forced to close their doors for good. That is an abject failure by the Trump administration to get aid dollars into the right hands.”

In another example of the EIDL’s limited effectiveness, in a year marked by widespread police brutality, government watchdog Accountable.US found that the SBA distributed the program’s funds — which were meant to help support small to medium sized businesses — to law enforcement entities. The disturbing prevalence of fraud and misuse of the EIDL mimics a similar pattern in the SBA’s flawed Paycheck Protection Program (PPP), which also saw billions go to fraudsters and large, publicly traded companies instead of the mom-and-pop shops it was intended to help keep afloat.

The post IG Report Found Fraudsters Got $78B in COVID Relief Funds appeared first on ValueWalk.