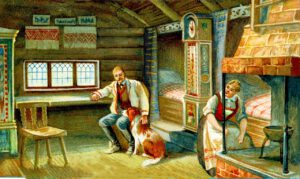 2020 Voters in the U.S. Should Know: How Is Sweden’s Democratic Socialism Doing Today?

In an election, labels get thrown around lazily — whether it be ‘heartless capitalist’ or ‘irresponsible socialist’. With that acknowledged, too often, some American politicians running for office will flippantly refer to the Scandinavian countries as being successful with Democratic Socialism, where the government provides many key ‘life’ services. These politicians, however, do not accurately document how these services are paid for in real world scenarios, and it is nothing like what they are proposing (e.g. a wealth tax has been tried many times and has never been successful).

The Ups And Downs Of Sweden’s Democratic Socialism

This coming October 15th marks the 5th anniversary of a Reuters article that chronicled the ups and downs of Sweden’s Democratic Socialism, rhetorically asking if it really works or not: https://reut.rs/2RUvadz

Well, does it work?

Sweden is an example of ‘Democratic Socialism.’ It has a Free Enterprise/Market Economy… but it experimented with government-owned industries in the 70’s & 80’s. that was not successful so they re-privatized. However, they did keep many of their taxpayer-funded welfare programs, like:

That Reuters piece five years ago suggested that the success of Sweden’s democratic socialism was a work in progress. Today, in 2020, is Sweden a success story

Les Rubin, founder of Main Street Economics, has produced a number of short, easy-to-digest videos that help American voters understand economics and the truth about what Democratic Socialism is, and how it is actually paid for in Sweden.

Rubin acknowledges that many have not had the opportunity to study economics, and believes strongly that economic education will benefit Americans and help them to vote Intelligently – sound economic policy will help all Americans.

“Main Street Economics was created to educate, not advocate,” says Les Rubin. “The objective is to have American voters grasp fundamental knowledge about economics and to better understand economic systems like Democratic Socialism in Sweden today – then they can vote their conscience with an understanding of policies proposed, and if they believe those policies will work.”

The post How Is Sweden’s Democratic Socialism Doing Today? appeared first on ValueWalk.