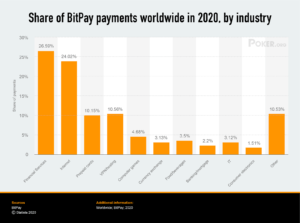 As the public begins to become more familiar with digital currencies, Poker.org analyzed cryptocurrency trends across the U.S., to pinpoint the cities where cryptocurrencies are widely accepted.

With major advantages of using digital currencies such as Bitcoin, cryptocurrencies are undoubtedly on the rise.

Cryptocurrency Buying Trends in the U.S.

Cryptocurrency and especially Bitcoin are loved and used worldwide. Bitcoin and other digital currencies are quietly making inroads into dozens of other niche economies.

Cryptocurrencies can be used to buy a wide range of goods and services, including furniture, NBA tickets, restaurant meals, or jewelry.

This article looks at trends in the U.S. What industries are experiencing the largest cryptocurrency transactions and in which US cities do retailers or restaurants accept cryptocurrencies the most?

When it comes to BitPay payments, ‘financial services’ are at the top of the list with 27%, followed by ‘online transactions’ with 24%. Other industries like prepaid cards, VPNs, hosting, computer games, and consumer electronics took small shares of the rest. 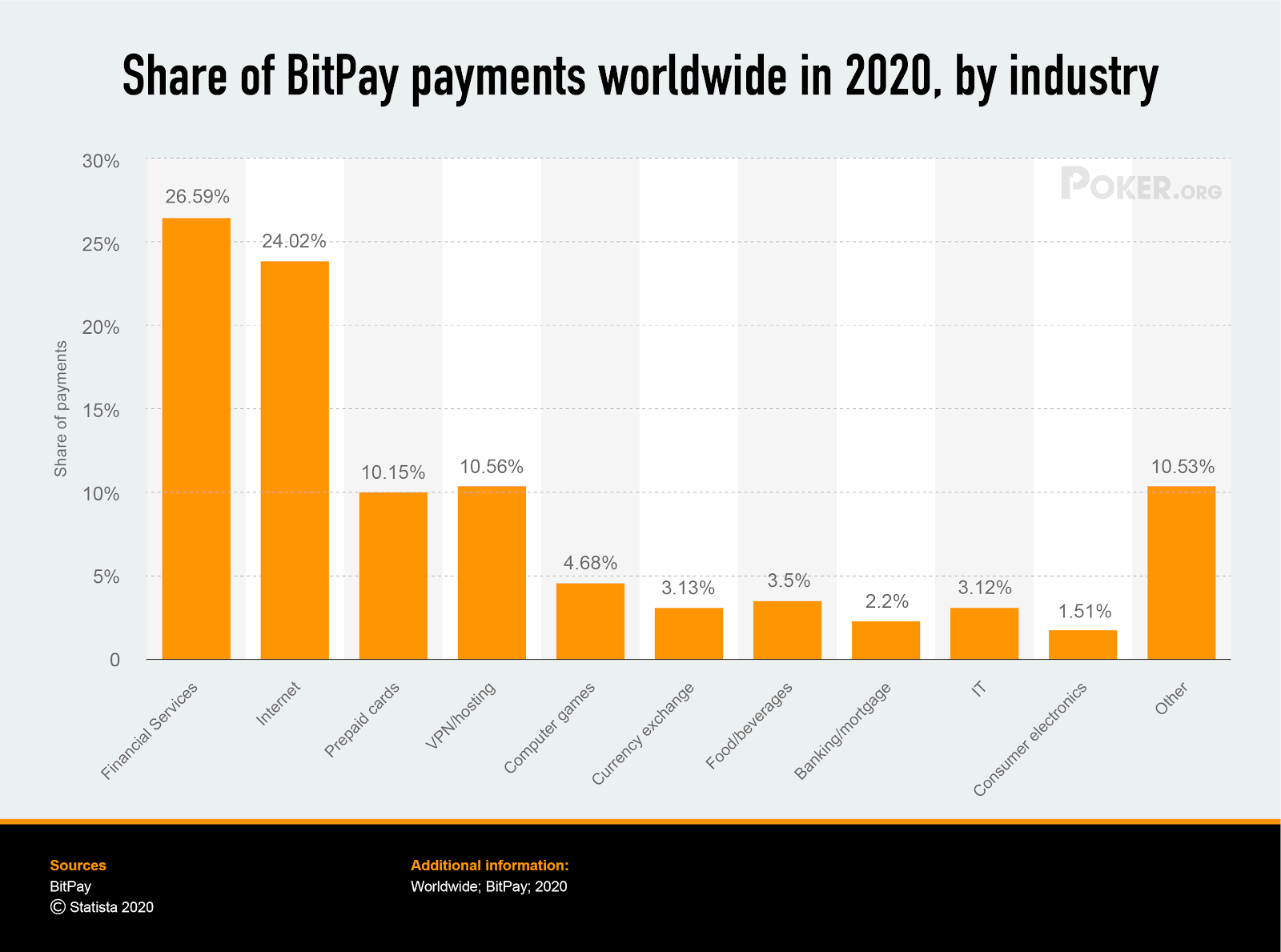 Top U.S. Cities and the Businesses That Accept Bitcoin

Poker.org has also analyzed Yelp profiles of brick-and-mortar stores that advertise that they accept Bitcoin. Adding data from national chains would bump these numbers up by several orders of magnitude.

The main types of physical small businesses in each state that accept Bitcoin as a means of payment are florists, restaurants, fashion retail, and game shops.

A growing list of businesses process Bitcoin payments, including Microsoft and Subway. Here’s a list of the top 10 businesses that accept cryptocurrency payments.

There’s also a surprisingly high number of Bitcoin ATMs in major cities around the U.S., including the New York area with over 500 machines, San Francisco with 172, and even far-flung Bangor, Maine with 2 Bitcoin machines.

Cryptocurrency remains a tempting investment for many, but will it move into the public domain as a viable everyday currency? According to Damien Ducourty, Founder at blockchain training and development firm B9lab, yes.

“However, the end user won’t need to know they’re using a cryptocurrency and it won’t matter that they don’t.” In the same way, few of us know how our computers or cars really work, yet we still use them.

“The first way we’ll use digital money like Bitcoin,” Ducourty says, “is as the background mechanism for transfers of value in everyday transactions.” Blockchain technology, in other words, will underpin the transactions we already make, creating an added but invisible layer of security.

The second way will work in place of current government-backed currencies like the U.S. dollar. “CDBC (central Bank Digital Currencies) have been floated almost since Satoshi wrote his white paper,” Ducourty adds.

This is not a giant conceptual leap from the current system, but it may take central banks and governments some time to implement.

“It takes a big budget investment that’s currently hard to justify,” Ducourty points out that it’s tougher to predict whether Bitcoin itself will see wider adoption as a payment method of choice for Jill and John Consumer.

The post Cryptocurrency Buying Trends In The United States appeared first on ValueWalk.