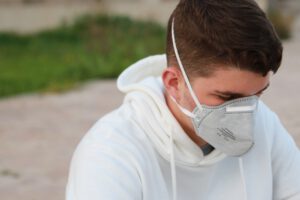 Among the many proposals put forth for the second stimulus checks, there are only a few that got people talking. One such proposal came from Shark Tank star Mark Cuban, who suggested giving $1,000 stimulus checks every two weeks for the next two months. Though many people supported his idea, some also argued that Cuban’s proposal to put an expiration date on coronavirus stimulus checks is not realistic.

What did Cuban propose?

Cuban, in a recent interview with CNBC, floated his idea of sending bi-weekly stimulus checks for two months. The billionaire investor suggested giving stimulus payments to “all American households, no matter their income level.” The checks, however, would come with one condition.

The people who get the checks would have to spend it in 10 days. If they would be unable to spend the amount, they lose the money. Such a plan, as per Cuban, would boost the demand and in turn, generate employment along with having positive ripple effects on the economy.

“Once businesses start having demand, even if they’re closed and working online, then there is a reason for them to be able to bring back employees and retain those employees if demand is sustained,” he said.

Cuban’s idea got support from people on social media platforms. However, there were many who didn’t like his idea. For instance, analyst Jereon Vandamme questioned the need of giving endless streams of free money.

“Families would have to spend the stimulus checks within 10 days or would lose the money.”

Expiration dates on money are used in banana republics.

Why an expiration date on coronavirus stimulus checks is not feasible

In a tweet, Vandamme said that billionaires like Cuban “hope they will profit the most, while the system gets inflated.” The analyst also said that putting an expiration date on the money happens “in banana republics. Copy-paste from the Gideon Gono playbook, former central banker of Zimbabwe.”

Vandamme here is referring to Zimbabwe’s former Reserve Bank governor, who prior to the country’s economic collapse in 2008, issued the bearer checks with an expiration date. Gono believed the idea was crucial to discourage cash hoarders and the foreign currency black market.

Some of the checks, which were issued between 2003 and 2008, had an expiration date of three months. Gono’s strategy, however, failed and the country witnessed the second-highest inflation ever recorded.

Many others also questioned the effectiveness of Cuban’s proposal. “Given what this year has been like, I’d be putting that money aside in savings. I can see a few problems arise from this,” one Twitter user said.

There were also some who looked at Cuban’s proposal in a humorous way. For instance, one Twitter user suggested trying the same idea only on billionaires and every billion they fail to spend goes to the people.

Let’s try “use it or lose it” for billionaires instead and every billion they don’t spend goes to the rest of us. https://t.co/LU4ZFMSfcJ