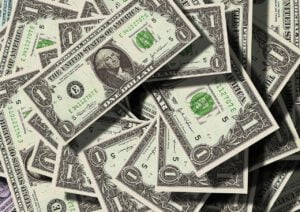 It is now almost certain that there will be no stimulus package before the Nov. 3 election. This will come as a big disappointment for Americans who are still struggling to meet their needs amid the pandemic. The Republican governor of New Hampshire, Chris Sununu, slammed Congress for failing to come up with a coronavirus stimulus package, including checks, saying Americans would probably be a bit “better” off if all members of Congress were removed.

Sununu’s comments came as House Speaker Nancy Pelosi and Treasury Secretary Steve Mnuchin failed to reach a consensus on a stimulus deal despite weeks of negotiations.

Speaking on CNBC’s “Squawk Box,” Sununu said that the members of the Senate or Congress have done “literally nothing” to show “leadership on the Covid crisis.”

“Fire them all. I really mean that sincerely,” said Sununu, who is running for a third, two-year term against Democrat Dan Feltes.

Further, Sununu said that Congress has “made a lot of promises” to address the coronavirus pandemic, but has failed to convert those promises into action. He also questioned if the country would be better off if all 535 seats (435 House seats and the 100 Senate seats) were “replaced today.”

“I think the odds say we’d probably be a little better because you get the political nonsense out of the picture, all of the things that have just clogged the system up so badly,” Sununu said, answering the question.

Further, he said that Congress’ inability to put aside their ideological differences at such a time is a big setback for American voters, and this would have implications in the future elections.

“I think the people of America are sick and tired of nothing. You’ve got to manage. You’ve got to move the ball forward. You have to show leadership in something,” he said. “They’ve done virtually nothing.”

Sununu, however, is still hopeful on a stimulus deal. Like many others, he also expects Congress to reach a deal after the election. He believes the cost would be “astronomical” if there is a clean sweep by the Democrats in the November election.

President Donald Trump, who has been pushing for a deal since before the election, now expects a stimulus package post-election as well. Speaking to reporters on Tuesday, Trump said they will come up with the “best stimulus package you have ever seen.”

Trump also blamed Pelosi for blocking the bill by asking for “bailouts” for badly-run Democrat cities and states. He even predicted that Republicans are “going to take back the House because of her.”

Pelosi, on the other hand, blamed the White House for failing “miserably” with the stimulus bill. In a letter to House Democrats on Tuesday, she said that the White House and Mitch McConnell had opposed their “strategic plan to crush the virus.”

She even said that on “Sunday, Mark Meadows told us why saying ‘We’re not going to control the pandemic.’”

The post Coronavirus stimulus checks: Why a GOP governor wants to ‘fire’ all Congress members appeared first on ValueWalk.