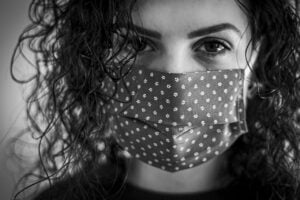 We are now into October, or less than a month away from the Presidential election, yet there is no consensus on the next relief package. Many lawmakers, however, would agree that they have never been closer to striking a deal now than in the last two months of negotiations. If all things go as expected, we could see a deal that includes coronavirus stimulus checks sometime this week.

Coronavirus stimulus checks: Why there may be a deal this week

As of Sunday evening, negotiations over the next relief package had not been called off. Instead, we have seen a commitment from House Speaker Nancy Pelosi and Treasury Secretary Steven Mnuchin to continue with the negotiations this week.

Also, the difference between the two sides is now of just $600 billion, the closest so far. On Thursday, the House Democrats approved HEROES Act 2.0, which costs $2.2 trillion, about a trillion less than the original proposal.

On the other hand, the White House raised its offer to $1.6 trillion, the highest so far. The previous highest was of $1.5 trillion from a bipartisan group. Even though Democrats have rejected the $1.6 trillion offer, the negotiations are still on. So, there is still hope that the two sides would be able to resolve the $600 billion difference.

“We’re making progress,” Pelosi told Face the Nation on Sunday. When asked if there could be a deal in the next week, she said, “It just depends on if they understand what we have to do to crush the virus.”

Another sign that a deal is nearby is Pelosi asking airline executives to hold off their plans to lay off thousands of employees.

“What I said to the airline executives, in a public statement is, ‘Don’t fire the people. You know relief is on the way and it will be retroactive so let’s keep them employed,’” she said.

What may delay the relief package?

In the event of a deal this week, one hurdle that may delay turning the bill into a law is that the House is currently on recess. So, voting is not possible. Pelosi, however, did assure earlier that she would recall the House to vote on a final bill.

Senate Majority Leader Mitch McConnell also suspended Senate votes until October 19. However, he has also assured that the senators would return on 24-hour notice to vote on the final bill.

Another potential hurdle could be President Donald Trump’s health. Trump, who recently tested positive for COVID-19, is in Walter Reed Hospital for treatment. For a bill to become a law, it needs the president’s signature.

Trump, however, is expected to be discharged from the hospital as soon as Monday, Dr. Sean Conley, Trump’s personal physician, said on Sunday. Also, in case Trump is not available, then Vice President Mike Pence could sign the bill. So, there is unlikely to be any delay from the White House end as well.

The post Coronavirus stimulus checks: Why a deal is very likely this week appeared first on ValueWalk.