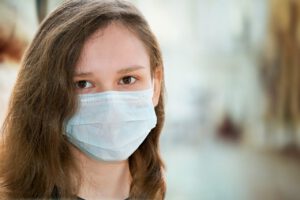 President Donald Trump, on Saturday, proposed a stimulus package of $1.8 trillion, but it was rejected by House Speaker Nancy Pelosi. Now, to reach a deal on a coronavirus stimulus package and checks before Election Day, Trump’s top economic adviser, Larry Kudlow suggests that Trump could agree to spend more than $1.8 trillion, or even more than the House Democrats’ $2.2 trillion spending figure.

Kudlow was asked on Sunday if the White House would go for a bigger relief package than what has been proposed by Pelosi. To this, Kudlow said, “He may.” Elaborating on that Kudlow said Trump could “go further” to address key issues, such as unemployment assistance, help to small businesses and aid to airlines.

On Friday, Trump on a radio show said that he wants a “bigger stimulus package” than what has been proposed by Democrats or Republicans.

“He’s always said that. He knows that we need as much power for economic recovery as possible. It’s not just recovery in three weeks. It’s recovery to the end of the year and beyond in a possible second term,” Kudlow said on CNN’s “State of the Union.”

Further, Kudlow noted there is bipartisan support on several provisions, such as $1,200 coronavirus stimulus checks, federal unemployment benefits and funds for small businesses.

“But I don’t understand the intransigence from my Democratic friends,” Kudlow said, adding that the negotiations would continue.

Talking about the demands put forward by Democrats, he said, “We’re not talking about giveaways to state and locals, fixing pension funds, harvesting mail ballots, assistance to illegal immigrants that have nothing to do with COVID or the economy.”

Differences over aid to state and local governments and funds to combat coronavirus are seen as the biggest obstacle in the way of the next relief package. Pelosi has already said that the funds offered by the Trump administration for COVID-19 testing, tracing and treatment are “wholly insufficient.”

Will Senate Republicans back Trump’s offer?

“The all-or-nothing approach is an unacceptable response to the American people,” Mnuchin and Meadows wrote in a letter to Members of the House and Senate on Sunday.