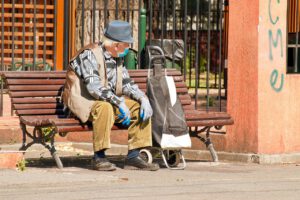 President Donald Trump on Tuesday ended the stimulus negotiations. If the negotiations would have continued, we could have likely got a deal sometime this week. Now that the negotiations are dead, at least until the election, what are the possibilities of you getting coronavirus stimulus checks? There are four options, including two likely and two unlikely.

The first option is that the talks remain suspended until after the election. This is also the most likely option now that the negotiations have ended. Trump on Tuesday accused House Speaker Nancy Pelosi of “ not negotiating in good faith” adding that she rejected the White House’s proposal of $1.6 trillion.

Had the negotiations between Pelosi and Treasury Secretary Steve Mnuchin continued, we could have gotten a deal this week. Now that Trump has asked his representatives to end talks, it is likely that there won’t be any negotiations.

Another more likely option is that the Congress approves smaller standalone bills, including for coronavirus stimulus checks. A few hours after Trump announced ending negotiations for the next stimulus package, he asked the Congress to send him “stand alone” bills. Trump said he would sign them immediately.

“If I am sent a Stand Alone Bill for Stimulus Checks ($1,200), they will go out to our great people IMMEDIATELY. I am ready to sign right now. Are you listening Nancy?” Trump said in a tweet.

Along with a bill for coronavirus stimulus checks, Trump asked Congress to “IMMEDIATELY approve” a $25 billion bill for airline payroll support and $135 billion for the paycheck protection program. Trump urged Congress to use the unused funds of the CARES Act to fund these measures.

Another option is that Pelosi tries to initiate talks by lowering her high-priced demand for the next stimulus package. Last week, the House Democrats approved a revised HEROES Act costing $2.2 trillion. The White House and Republicans, however, do not agree with this price tag.

The latest proposal from the White House is of $1.6 trillion, while the Senate Republicans came up with an offer of about $600 billion last month. Pelosi rejected both of the proposals. Now, if Pelosi tries to initiate talks, she will likely accept the $1.6 trillion offer with some changes, or make an offer closer to this figure.

The fourth option that could get you a coronavirus stimulus check is Republicans putting pressure on Trump to come up with a deal. This option is again unlikely as many Republicans are against a lofty stimulus package. There are also senators who support some elements of the stimulus package, such as the business loans, unemployment benefits and school funding.

However, senators up for re-election may put pressure on Trump to strike a stimulus deal and agree with Democrats’ demand of the $2.2 trillion package. Even if such senators did pressure Trump, it is very unlikely that Trump would agree to their demand.