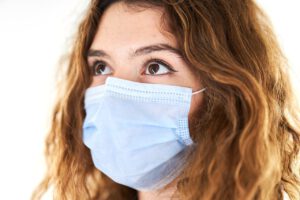 Americans have been waiting eagerly for another round of stimulus checks for the past few months. But, so far, the only thing they have received has been disappointment from the lawmakers. The last hope for a stimulus package before the election hinged on the ongoing negotiations between House Speaker Nancy Pelosi and Treasury Secretary Steven Mnuchin. However, it appears, these negotiations might fail as well with Pelosi suggesting the deal on the coronavirus stimulus package and checks may come after the election.

Pelosi, who is still optimistic on a stimulus package, now says that the stimulus deal is likely to come after the November election, according to journalist Jake Sherman. Further, the journalist says that Pelosi blames Senate Majority Leader Mitch McConnell for no deal.

“I’m optimistic because even with what Mitch McConnell says, we don’t want to do it before the election, but let’s keep working so that we can do it after the election,” Pelosi said, as per Sherman.

Separately, speaking to MSNBC before the Wednesday meeting with Mnuchin, Pelosi said she is optimistic on the bill, but is not sure on its timing.

“It’s a question of, is it in time to pay the November rent, which is my goal, or is it going to be shortly thereafter and retroactive?” she said.

Pelosi blaming McConnell doesn’t come as a surprise. Last week, McConnell said that he wouldn’t put a bill worth $1.8 trillion on the Senate floor. Also, a few days back, he reportedly asked the Trump administration not to strike a deal before Election Day.

Meanwhile, McConnell’s attempt to pass targeted relief packages failed to win the Senate’s approval. The two bills, voted on Tuesday and Wednesday, failed to get enough votes in the Senate.

Pelosi and Mnuchin have been engaged in stimulus negotiations for the past few weeks. These negotiations have been termed as “productive” and are reportedly in the final phase. Now, Pelosi suggesting the deal may likely come after the election effectively kills the already faint chance of a deal this month.

In case Pelosi and Mnuchin do reach a deal, they will have to overcome the Senate Republicans’ resistance. When White House Chief of Staff Mark Meadows was asked how many GOP votes the deal could get, he said it “would be hard to tell” until the negotiators actually reach an agreement.

However, if Trump can convince McConnell to support a larger deal, then there could be a relief package before the election. Pelosi said the same in an interview on SiriusXM The Joe Madison Show that it is “up to the president” to get McConnell’s support for a bigger deal. On Tuesday, Pelosi also said that for a deal to happen before the election, it is important for the legislation to be finalized this week.

The post Coronavirus stimulus checks: Pelosi says deal likely, but either before or after election appeared first on ValueWalk.