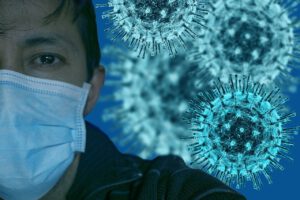 House Speaker Nancy Pelosi and Treasury Secretary Steven Mnuchin are closing in on a deal on the next stimulus package. But, the deal looks unlikely because of the opposition from Senate Majority Leader Mitch McConnell. However, on Tuesday, McConnell suggested that the Senate could consider the White House-backed coronavirus stimulus package and checks.

In a press conference on Tuesday, McConnell said the Senate would consider the bill if it is supported by President Donald Trump and passed by the House. McConnell noted that he would bring such a bill to the floor “at some point,” but he didn’t tell when that might be.

Also, McConnell didn’t reveal if he would personally back such a bill or not. Previously, McConnell said that he wouldn’t back an extensive stimulus proposal and that his members want a targeted relief package. However, on Tuesday, he didn’t bring up the cost of the bill.

“If such a deal were to clear the house, obviously with a presidential signature or promise, we would put it on the floor of the Senate and let the Senate consider it,” McConnell said.

Richard Shelby, the chair of the Senate Appropriations Committee, doesn’t echo similar sentiments as McConnell. On Tuesday, Shelby said he is “not optimistic” about the Senate doing anything on the stimulus. Also, Shelby said the White House’s offer of $1.8 trillion is “too high a number.”

McConnell may have told that the Senate would consider a relief bill backed by the White House. But, a report from CBS, citing a source familiar with the matter, claims that McConnell told Senate Republicans Tuesday that he has asked the White House against passing a large coronavirus stimulus bill ahead of the election.

McConnell reportedly believes that Pelosi is not acting in good faith amid ongoing negotiations with Mnuchin. It is reported that passing the stimulus package is not the priority for McConnell. Rather, his main focus is on confirming Judge Amy Coney Barrett as a Supreme Court justice. McConnell believes that a stimulus deal could potentially disrupt the Senate’s plan to confirm Barrett’s appointment.

Trump, on Tuesday, also talked about possible resistance from the Senate over the coronavirus stimulus package and checks. He again reiterated that the Senate would eventually come along.

Talking about McConnell, Trump said, “He’ll be onboard if something comes … Not every Republican agrees with me but they will.” He also reiterated his call for a stimulus package that is even “bigger” than what Democrats are proposing.

Separately, a vote that McConnell called Tuesday for boosting the Paycheck Protection Program (PPP) failed to get enough votes. The standalone bill got some Democratic votes, yet it fell short of the 60 votes needed to be adopted. On Wednesday, the Senate will vote on another standalone bill, the same bill that Democrats blocked last month.