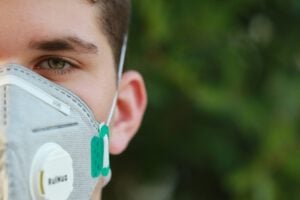 When asked if a deal is possible near the higher range, McConnell said, “I don’t think so.” Instead, he said that Senate Republicans feel a targeted relief is the best way to go.

“My members think half a trillion dollars, highly targeted is the best way to go,” McConnell said.

These comments from McConnell effectively end the possibility of a broader stimulus package. Even Treasury Secretary Steve Mnuchin, who has been leading the negotiations currently admitted that getting a deal before the election would be difficult “just given where we are.”

Earlier this week, McConnell announced that the Senate will vote on a targeted relief bill next week. This targeted relief bill is similar to the one that Senate Republicans brought up earlier last month. It was, however, blocked by Senate Democrats at the time. The same is expected this time as well.

What does Trump say now?

McConnell’s comments will come as a disappointment to Trump, who has been talking of a bigger stimulus package. Even though there have been talks of a rift between the White House and Senate, Trump has always played it down saying the GOP would ultimately fall in line and accept a bigger bill.

However, on Thursday, Trump criticized Mnuchin for not favoring a deal bigger than $1.8 trillion. Speaking to Fox Business, Trump said he informed the Treasury Secretary of his intention to go for a bigger bill, but Mnuchin “hasn’t come home with the bacon.”

When Trump was asked why he wouldn’t agree with House Democrats’ $2.2 trillion offer, he blamed Pelosi for including “all sorts of goodies.”

“She wants to bail out badly run Democrat states and cities. She wants money for things that you would never, you just couldn’t — just — your pride couldn’t let it happen,” Trump said. He also said that he is ready to go higher than $1.8 trillion and “Republicans will, too.”

Despite McConnell making it clear that he won’t support the White House’s offer, House Speaker Nancy Pelosi and Mnuchin continued negotiations on Thursday. As per Pelosi’s spokesman Drew Hammill, Mnuchin informed the Speaker that he is ready to accept Democratic language “with ‘minor’ edits” on the national strategic testing plan, which has been a sticking point in the negotiations.