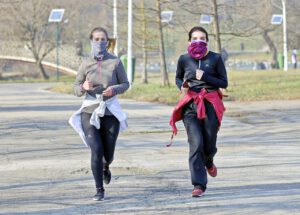 There are chances that House Speaker Nancy Pelosi and Treasury Secretary Steven Mnuchin might reach an agreement this week. However, the agreement is useless unless the GOP stands behind it, something that looks unlikely for now. Despite the opposition from Senate Majority Leader Mitch McConnell, two GOP senators are willing to back a bigger coronavirus stimulus package, including checks.

On Thursday, speaking to CNBC, Sen. Marco Rubio said he could back a bigger stimulus package than he’d like. Giving reasons why he would do so, Rubio said failing to come up with a relief package would present a bigger risk to the U.S. economy.

“No one is going to get everything they want here, and from my perspective, that means the bill on this is probably going to be higher than I want it to be and I’m very uncomfortable with that,” Rubio said.

The Florida Republican said as long as the relief package is “not crazy” he is “willing to be flexible about it because I think it’s that important.”

Pelosi and Mnuchin are currently negotiating a stimulus package of more than $1.8 trillion. The last offer from the White House was of $1.8 trillion, but it was rejected by Pelosi, who is asking for a package costing $2.2 trillion. McConnell, however, recently said that the Senate won’t vote on a bill of this magnitude.

Rubio admitted that he would not be happy with the bigger stimulus bill either, but said, “I’m willing to vote for things I’m not in favor of in order to pass the things I think are essential and important for our country, within reason.”

“I think the bigger the package, as long as it’s smart,” Graham told reporters.

Further, the Senator also slammed Pelosi’s $2.2 trillion package for including provisions that do not address the COVID-19 pandemic. “There’s a requirement in there for ballot harvesting. Those provisions are not about COVID,” Graham said, referring to the $2.2 trillion package, adding that he would support “good policy, not just big numbers.”

Talking about the shortcomings of the $2.2 trillion package, Graham said it doesn’t offer a “penny” to small businesses, nor does it have a Social Security number requirement for getting the $1,200 stimulus check.

“So that will go to people here illegally, most likely,” Graham said.