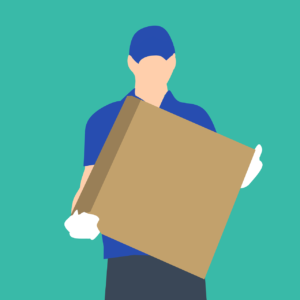 Findings will be presented at this morning’s LAFCo meeting, which just started at 10am on SF Gov TV Channel 1. The item should be called between 10:45-11:00am.

San Francisco – Today the Local Agency Formation Commission (LAFCo) and UC Santa Cruz Professor Chris Benner released the findings of a new in-person representative survey of app-based delivery workers in San Francisco that provides a snapshot of a struggling workforce whose circumstances have been made significantly worse by the COVID-19 pandemic.

The latest findings are based on 259 completed surveys of DoorDash, Instacart and Amazon Fresh workers. The survey, conducted in July and August, was commissioned by LAFCo in a unique partnership between academic researchers, community organizers, and an innovative platform cooperative.

“These are jobs that have grown since the pandemic, providing essential work getting food to people in their homes”, said Benner, “but the work is very poorly paid, and in contrast to what the platform companies like to present, the majority of the work in the city is done by people for whom this is their only source of income and who work full-time or nearly full-time doing this work.”

Among the key findings:

Some of the survey findings point to platforms managing job opportunities in ways that would likely support claims that these workers are employees under the “ABC” test codified in California Assembly Bill 5.

“These findings underscore the importance of policy makers ensuring that existing city, and state employment laws are enforced for on-demand delivery work, and finding new ways to address the economic, safety and public health concerns facing this critical workforce,” the report concludes.

This is the third LAFCo-commissioned survey of on-demand work released by UC Santa Cruz this year in partnership with the Jobs With Justice Education Fund, Jobs With Justice San Francisco and the Driver’s Seat Cooperative.

In May, the survey team released the results of a unique, in-person representative survey of ride-hailing and food delivery workers that was conducted and then suspended when the pandemic hit, as well as a follow-up online survey. The central findings were simple and clear—for a large portion of this workforce, despite this being full-time work, they were financially vulnerable before the outbreak, and the crisis is pushing many of them to the brink.

The post Circumstances For Delivery Workers Have Worsened appeared first on ValueWalk.