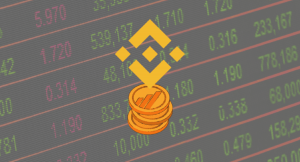 The dynamic of the cryptocurrency market keeps changing dramatically. Binance Futures is one such name in the industry whose cryptocurrency futures contracts platform from the stables of the innovative Binance crypto exchange, has continued to gain traction since its launch in September last year.

Recent data showed that the once top crypto derivative platform, BitMEX was surpassed by Binance this month has Bitcoin’s most liquid perpetual swap. This was noted by the crypto-analytic platform, Skew.

One of the most crucial drivers could be the Binance Futures Insurance Fund which was rolled out in the first quarter of the year to help traders to prevent auto-deleverage liquidations and limit their risks. Additionally, its recently launched “Isolated Margin Model” feature was also aimed at allowing traders to allocate only the margin they are willing to risk on an open contract and separate it from their other positions to reduce their losses when their trades do not go as planned.

However, it is not just the offerings that have led Binance to overtake BitMEX. The recent news about Arthur Hayes and the other executives stepping down has further damaged the reputation of the platform. Explaining about the recent downfall of BitMEX, well-known crypto trader, Sam Trabucco stated,

“Well, BitMEX lost a lot of customers recently due to their new policies — and I bet a lot of them went to Binance. Those are the same customers who gave BitMEX their reputation as a house of liquidations, so it’s no surprise they’re exhibiting similar behavior elsewhere. And BitMEX’s order books and other users have kind of “adjusted” for all the liquidations — smart traders try to provide to errant liquidation prints, increasing order book thickness over time, and making the overall price impact lower. Binance hasn’t adjusted yet.”

BitMEX has long dominated the space of derivatives. However, it was not until the crash of Black Thursday in March this year, when the tables turned, which resulted in a massive outflow of Bitcoin from BitMEX than there has been deposited. At the end of Q1 2020, BitMEX fell out of the top 3 Bitcoin derivatives exchanges. During that time, the rumors that the exchange was about to add KYC support, a DDoS attack thereafter were the main causes of the platform losing its grip.