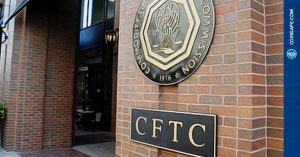 In response to recent charges by CFTC Bitmex has released a blog assuring traders that the funds are safe and Bitmex will continue operating as usual. Bitmex team also responded through their official twitter handle and cleared doubts regarding the withdrawals and continuity of operations.

Withdrawals Will Be Released As Usual

Stating in their blog, the team has assured the traders that the withdrawals will be released as earlier and their is no affect on day to day operations. The team also strongly condemned the charges and will be defending the allegations strongly.

To allay any potential customer concerns, pending withdrawal requests were processed at 17:45 UTC, in line with our standard procedures.

CFTC revealed this via official press release and also indicted five other properties owned by owners under the violation of Bank Secrecy Act.

The post “All Funds Are Safe”, BitMex Responds To CFTCs Recent Charges appeared first on Coingape.