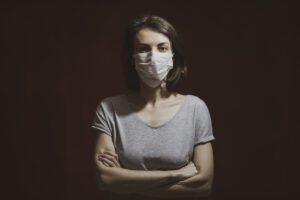 The second coronavirus stimulus package should have come by now, but it hasn’t. Democrats and Republicans have been unable to reach a consensus on several provisions. The one biggest roadblock that is stopping the next coronavirus relief package is the aid to state and local governments.

Aid to state and local governments: what do the two sides want?

Democrats are pushing for about $1 trillion in aid for the municipalities that have witnessed reduced revenue due to the coronavirus pandemic. Meadows, however, believes that the $1 trillion figure is not “based on reality.”

Republicans, on the other hand, want the total relief package to be $1 trillion or less. The chief of staff says the GOP is willing to approve $150 billion in new funds for state and local governments. This fund will be in addition to the previously allocated $150 billion. As per Meadows, together they would be enough to compensate for an approximately $275 billion revenue loss incurred during the recession.

“As we look at the number of things that we actually agree to, and the amounts of money allocated to those areas, probably the biggest stumbling block that remains is the amount of money that would go to state and local help,” Meadows told CNBC’s “Squawk on the Street.”

If we consider the difference between the two sides in terms of the total cost of the package, then also it seems the difference is due to the amount of aid to state and local governments. Pelosi is demanding $2.2 trillion for a relief package, but the latest offer from the White House is $1.3 trillion.

Meadows presented this offer to Pelosi last week, but she rejected it. The difference between these two proposals is about $900 billion. This is more or less the same as the difference in aid to state and local governments that both sides are proposing (Democrats $1 trillion and Republican $150 billion).

However, these differences won’t get resolved unless the two sides come to the table. This could only be possible next week when the lawmakers return after a month-long recess.

In the past few days, Meadows and Treasury Secretary Steven Mnuchin have separately talked to House Speaker Nancy Pelosi but with no real success. Hopefully, the lawmakers on both sides will show some real intent to strike a deal when they meet next week.