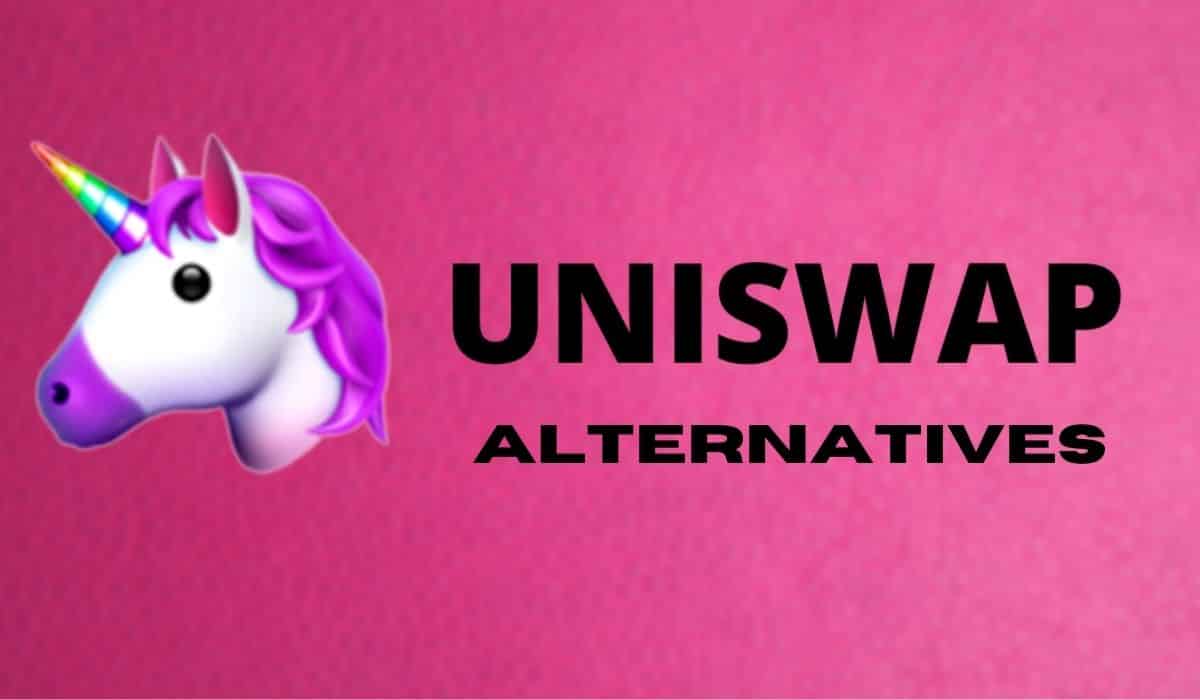 Concurrently, this makes your search for where to swap your tokens easier. Also, you are not limited to Uniswap.

For instance, Uniswap enables ERC-20 token swap, 0.3% trading fee, and other factors that may not go well with you. Therefore, these alternatives will help you.

However, it can be confusing to make the right choice for the best swap protocol. This article will consider some of the significant DeFi swap protocols.

Consequently, we will take comparative advantages of the protocols. Next is for you to make your choice on what suits your requirements of a Uniswap alternative. 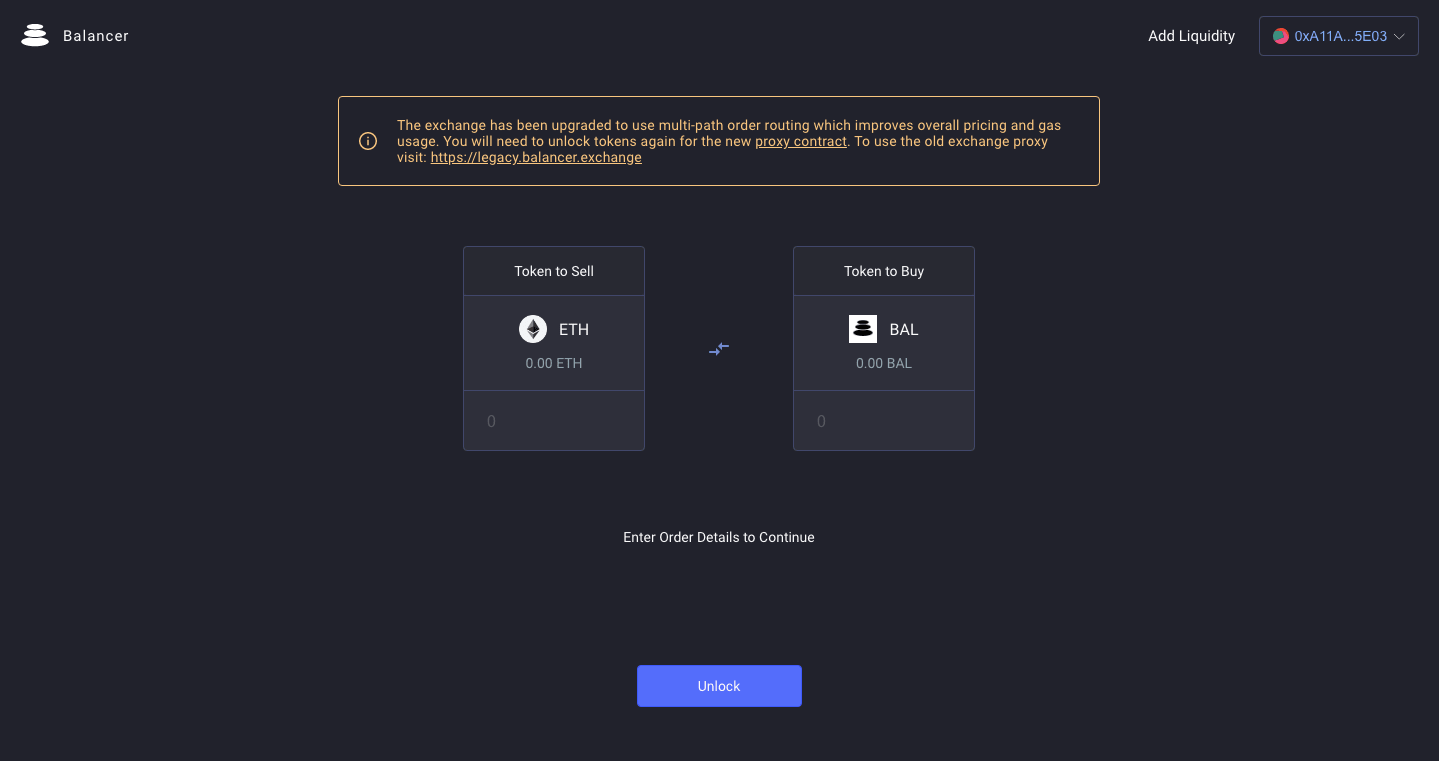 Balancer is an on-chain swap protocol that enables automated market making. It is a direct alternative to Uniswap. Balancer allows users to deposit their entire portfolios into Balancer’s self-rebalancing LPs & earn fees as other users trade against their portfolio.

Similar to Uniswap, it allows swap between ER-20 and ETH. Also, it has no protocol fees and has no native token at the initial start. Nonetheless, there are a few differences with Uniswap.

Concurrently, the launch of the BAL token is their effort to decentralize the DApp while allowing stakeholders to secure the network. While Uniswap support ERC-20 token and ETH in pooling, Balancer supports up to 8 tokens.

The dapp can offer the same DEX functionality as Uniswap because any single Uniswap token-for-token pool is the same as Balancer pool with two tokens set to 50/50, or 1:1, value. 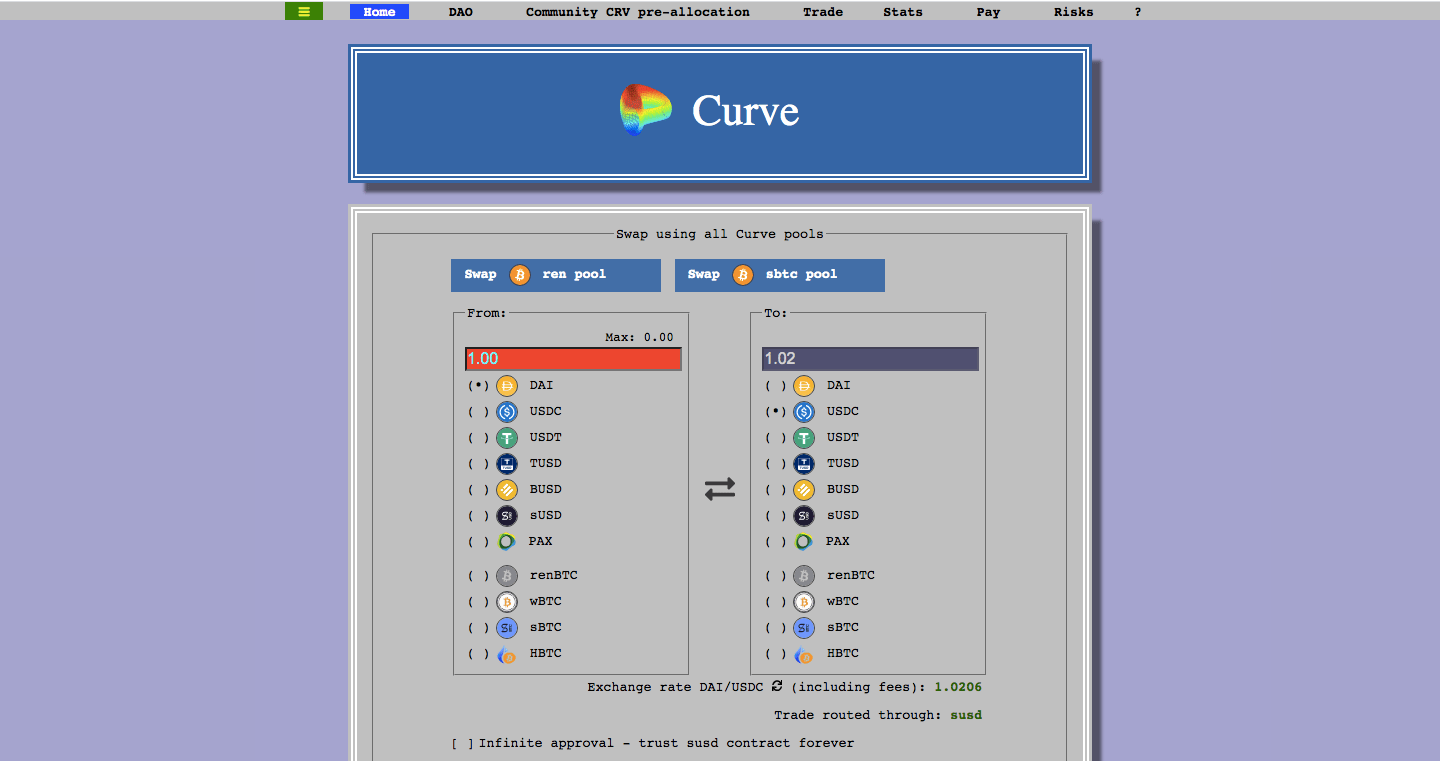 Curve Finance is a Uniswap alternative that tackles impermanent and permanent loss. The DApp provides a decentralized, peer-to-peer, and safe exchange platform with minimal fees and slippage to solve the problems.

Usually, trading or swapping on Uniswap demands ERC-20 token to ETH, but Curve exchange enables stablecoin users to swap and stake as needed. For instance, a Uniswap user who wishes to swap token B to Token B will have to do a double conversion. Swapping from Token A to ETH then from ETH to Token B. consequently, incurring a double swapping fee.

It is right to say that the Curve is a direct alternative to Uniswap to mitigate Impermanent loss. Hence, it uses a stable coin to circumvent the losses and market volatilities. Instead of double conversion, it lets you swap directly to your stable coin or other supported assets.

Unlike Uniswap, Curve supports BTC pairs and the following; DAI, USDC, USDT, TUSD, BUSD, and sUSD. Therefore, you have the choice to trade ad swap between the pairs faster and efficiently. It first started as a centralized exchange, managed by the founder, Micheal, but recently launched a governance token, CRV token. the token helps secure the network in a similar way BAL token helps to govern Balance protocol.

Bancor is similar to Uniswap because it allows token swap. Meanwhile, it differs on the token swap kinds. For instance, Ubiswap allows ERC-20 to ETH, and Bancor allows Ethereum and EOS based tonnes. Therefore giving chances to more users.

Unlike the Uniswap, Bancor owns a native token called BNT. BNT is a price discovery and liquidity mechanism based around the smart token economy.

Similarly, the DApp allows the exchange of ETH and ERC-20 tokens. It supports more than 70 other ERC-20 tokens, including DAI, USDC, TUSD, USDT, WBTC, MKR, and others. A special feature of KyberSwap includes the non-custodial limit orders, which allow placing an order at a certain price, and waiting for it to be executed when that price is reached.

Kyber has a native token called KNC which reserve managers are required to use to pay fees. Although these DEXs operate primarily, or exclusively, with ERC-20 tokens, the fact that there are ERC-20 tokens like WBTC also allows them to operate with cryptocurrencies that do not operate on Ethereum.

Kyber’s on-chain liquidity protocol allows decentralized token swaps to be integrated into any application, enabling value exchange to be performed seamlessly between all parties in the ecosystem.

Using this protocol, developers can build innovative payment flows and applications, including instant token swap services, ERC20 payments, and financial DApps — helping to build a world where any token is usable anywhere. 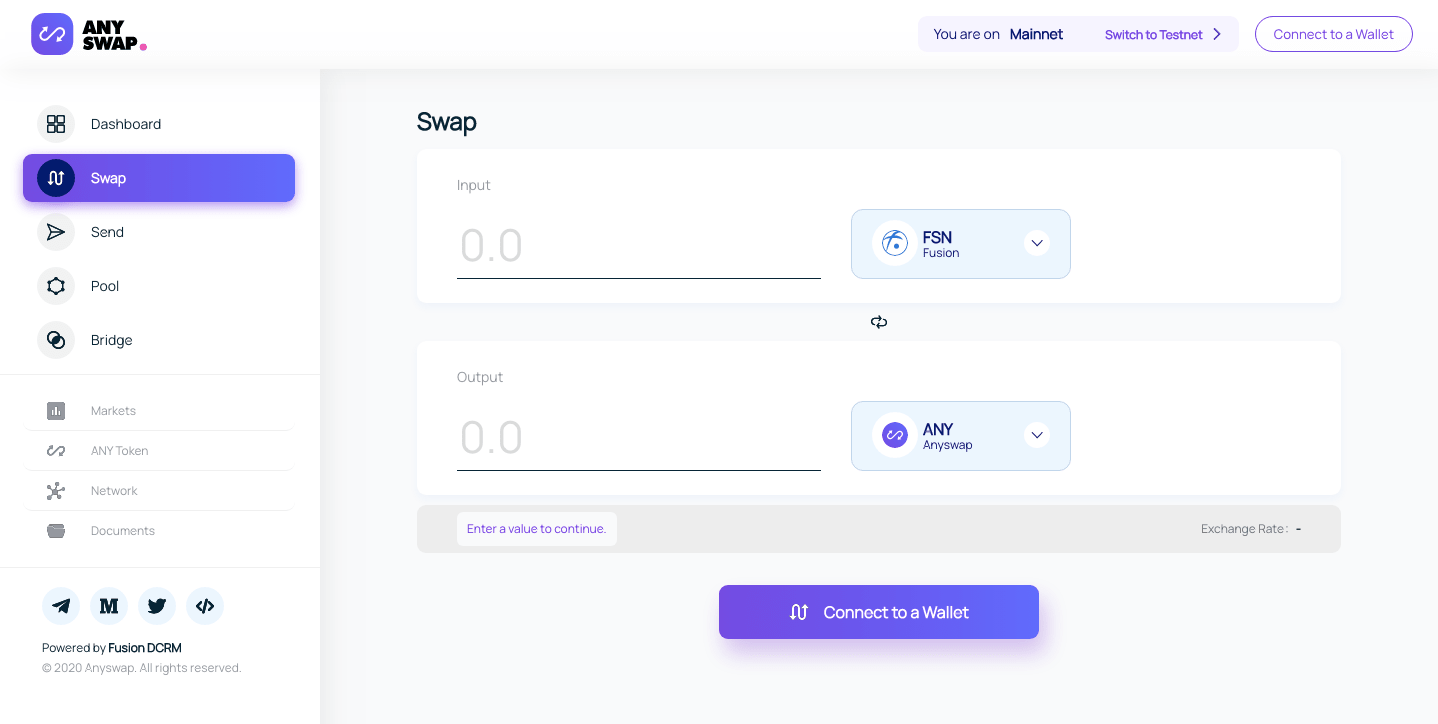 Anyswap is one of the best Uniswap alternatives. It is a rivalry open-source cross-chain swap protocol to Uniswap. Similar to Uniswap, it provides automated pricing and liquidity systems.

Unlike Uniswap, it is built on the Fusion chain and is powered by Fusion’s DCRM Technology. The platform allows the token swaps between any coin or token from any blockchain that uses the ECDSA or EdDSA signature algorithm.

Concurrently, you can swap between BTC, ETH, XRP, USDT, LY, FSN, ERC-20 tokens, and other related coins. You can see that it allows you to swap tokens other than ERC-20 tokens, unlike Uniswap.

On AnySwap, there is a utility or governance token called ANY. ANY allows its holders to make decisions like voting to list new coins or tokens and electing Anyswap Working Nodes (AWN). With ANY token, users earn rewards when they use the different features offered by Anyswap. Some of such features include exchanging coins and tokens, adding liquidity to pools, and running Anyswap nodes.

Furthermore, the election of Anyswap Working Nodes contributes to the full decentralization of the network. Also, the Anyswap team does not have any control over your funds.

Also Read: How To Add Liquidity To Uniswap Liquidity Pool: A Step to Step Guide 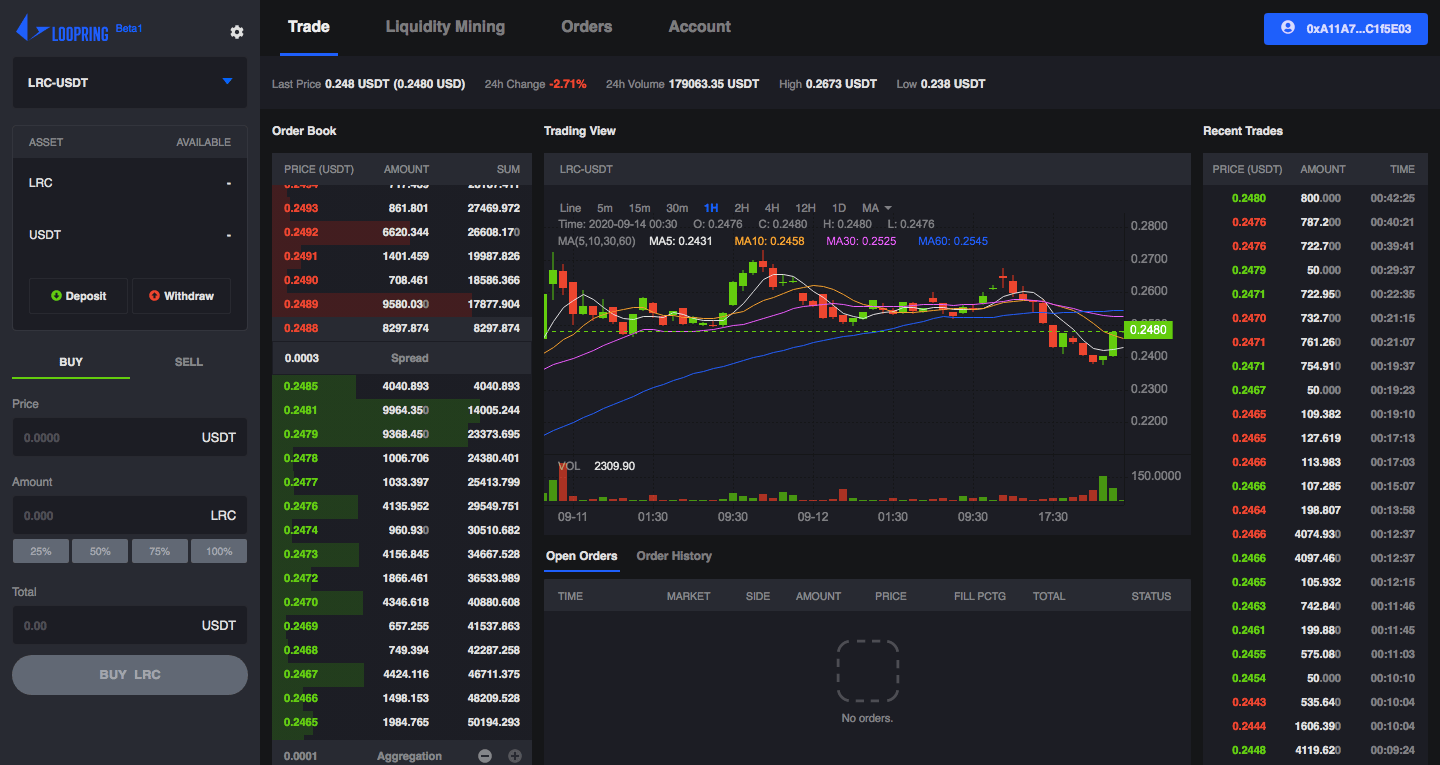 Loopring is an Etherum based exchange that leverages Zero-Knowledge Proofs. It allows anyone to build a high-throughput, non-custodial, order book. It operates an order book model, contrary to most Uniswap alternatives. The Exchange boasts as the first decentralized trading platform to be built on top of Loopring 3.0. Loopring 3.0 is an innovative way to settle up to 2,025 trades per second without affecting the level of security of the underlying Ethereum blockchain. That said, it is more scalable than Uniswap V2.

Since Loopring Exchange uses an order book, there are a maker and taker fees. The exchange charges 0% maker order fees while taker order fees vary between 0.3%-0.10% depending on the trading pair.

Unlike Uniswap, Loopring Protocol has a native token called LRC token. It is an ERC-20 whose aim is to ensure the economic security of exchanges and align stakeholder incentives. Consequently, it is a Loopring way of decentralizing the protocol. However, Uniswap does not need a governance token for that.

Also, the LRC token allows Loopring users to stake. Users stake to get trading fee discounts as well as a share of others’ trading fees. 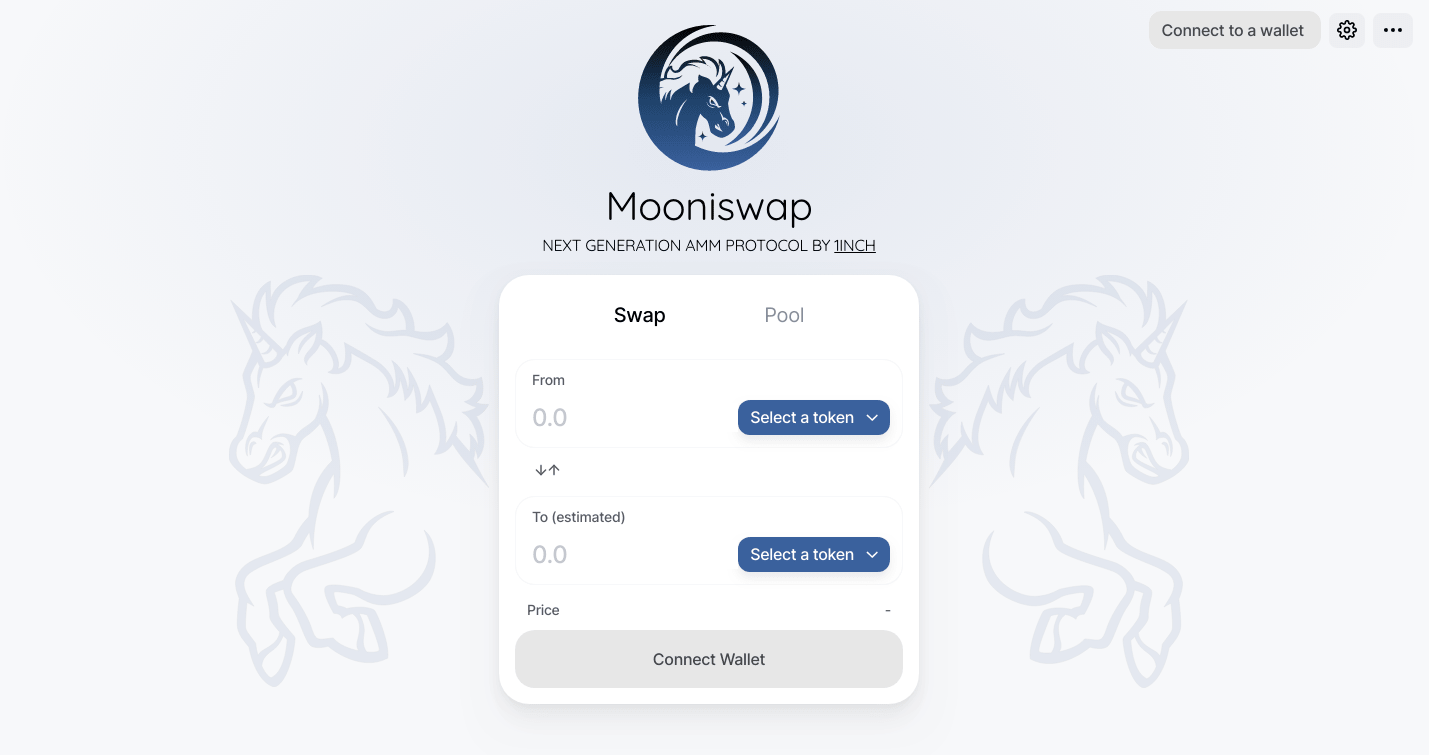 Similar to Sushiwap, Mooniswap is a fork of Uniswap. It operates automated market makers and supports virtual balances.similar to Uniswap, it redistributes earnings to liquidity providers. also, it capitalizes on the user’s slippage as well as protecting traders from any front-running attacks. Devesifi is a response to custodial crypto platforms. It operates a self-custodial trading platform where users are responsible for their assets. The platform boasts of over 9,000 trades per second via the user interface, using StarkWare’s batching technology. Although built on Ethereum like Uniswap, it uses order book methods of settling trades. The order books are off-chain while settlements occur on the Ethereum blockchain.

The exchange uses zero-knowledge proofs to ensure that user’s balances and trade strategies are private and safe. Users can swap directly through their wallets or other enterprise custody solutions, as a way of achieving self-custody swapping.

Also, the exchange features a heavily audited smart contract that ensures that users can retrieve assets even when the platform is offline.

Deversifi has an attractive fee than Uniswap. The fees range from 0% to 0.2%with up to 50% of the exchange revenue for buyback and native token, NEC burn. 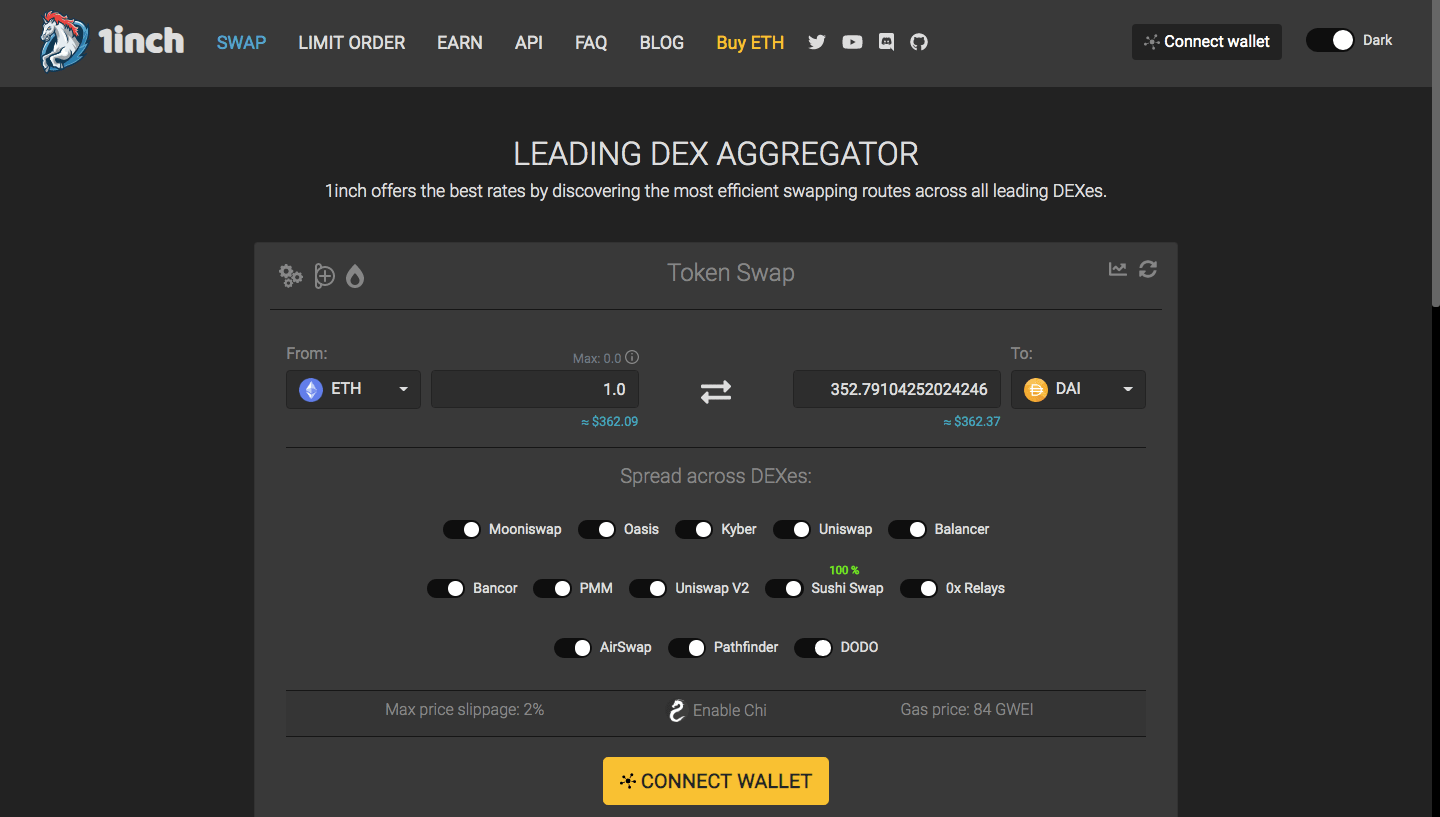 1inch exchange is an aggregator of the Dex. It operates multiple order books across other decentralized exchanges. Your swap is not limited to the platform’s order book as it allows you to place an order across the integrated Dex. 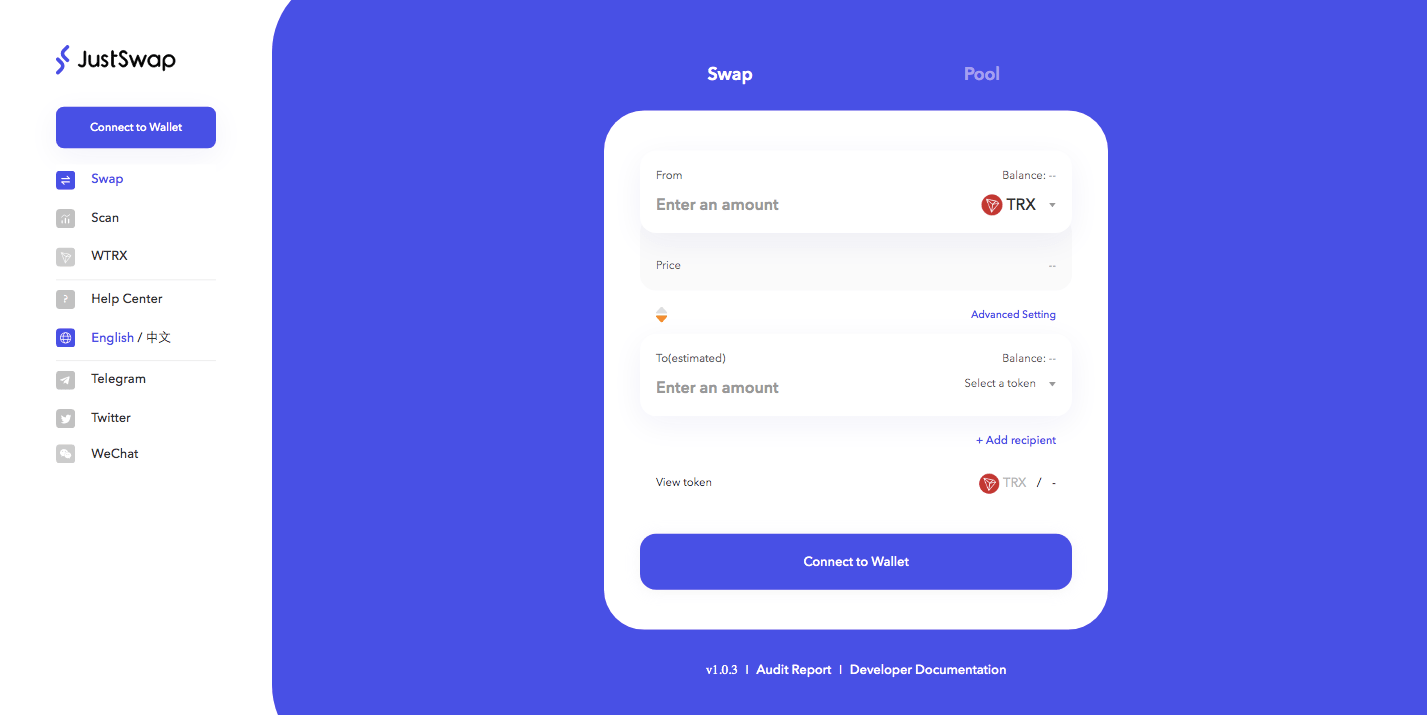 The Justswap is a decentralized automated market maker protocol exchange built on the Tron blockchain for TRC-20 tokens. Concurrently, it enables swap and trading between TRC-20 tokens contrary to Uniswap that is between ERC-20.

The post Uniswap Alternatives: Which Decentralized Exchange Is Best For You appeared first on Coingape.