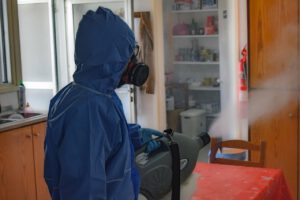 We are now in the week when both House and Senate will be back in office, and talks over the next stimulus package are expected to resume. However, a couple of developments last week suggest there may not be another coronavirus stimulus package or checks.

Several analysts have cited Friday’s job report as a likely reason why lawmakers may decide against another stimulus package. These analysts believe that the better than expected jobs report favors the argument that welfare payments may not be needed and because the budget deficit is already at alarming levels.

In a note to clients, Henrietta Treyz, director of economic policy research at Veda Partners, said another aid package might not be “happening.” Treyz cited two reasons for no coronavirus stimulus package checks. First is the August jobs report, and second is the potential deal between House Speaker Nancy Pelosi and Treasury Secretary Steven Mnuchin to avoid a federal government shutdown.

There were reports last week that both sides have agreed on a new deal to avoid a government shutdown. Then on Sunday, Mnuchin said that Pelosi has agreed to a Continuing Resolution to prevent the shutdown, according to Fox News.

“We are going to do a clean CR,” Mnuchin told Fox News.

If what the reports are saying is true and the continuing resolution to fund the government is approved, “there is no other must-pass legislation for another stimulus bill to hitch a ride on before Congress recesses for the election,” Treyz said in a note, according to MarketWatch.

Further, Treyz noted that they are lowering their odds for a stimulus package of “$1.5T+” from their previous “60-75% rate to 20-30%.” Also, in advice to investors, Treyz said they recommend clients to position their portfolios assuming Congress won’t approve another stimulus package “until after the November 3 election, at the earliest.”

As per the reports, this $500 billion stimulus package does not include stimulus checks or unemployment benefits, as well as no additional relief for student loan borrowers. However, the package reportedly does include funds for the service and travel industries.

Hopefully, the fate of the next coronavirus stimulus package, as well as checks, will become clear this week. The GOP is expected to introduce the skinny proposal this week.

The post Two convincing reasons why there may be no coronavirus stimulus checks appeared first on ValueWalk.