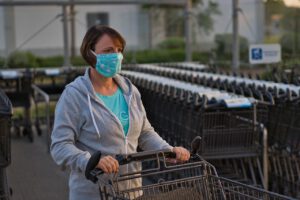 The House, for instance, is ready to postpone its break, which starts next week, until a deal is reached. So, if the Senate passes the next coronavirus stimulus checks on the last day, i.e. October 9, the House could pass it after that.

In case the negotiations continue even after October 9, then Senate Majority Leader Mitch McConnell may also postpone the scheduled break. If the bill passes in the second or third week of October, including getting the President’s approval, then the IRS will likely start sending the stimulus checks by the end of October or the first week of November.

However, it is very unlikely the two sides will agree on a stimulus package prior to the last day or even the Election Day. This is because the lawmakers currently are more focused on resolving another issue, which is the tussle over appointing the successor of Ruth Bader Ginsburg, who died on Friday.

President Donald Trump has said that he will announce the name of his Supreme Court nominee on Saturday. So, this issue could stretch out at least till the month’s end. After this issue settles, it is believed that many members, who are up for election this November, could leave for their hometown to complete their campaigns.

Democrats have already rejected the stimulus proposal costing about $1.5 trillion, put forward by a bipartisan group. It is unlikely that the White House and the Senate would offer a package bigger than that.

So, the likely solution that appears is Congress passing smaller standalone bills, or Trump coming up with executive orders to give coronavirus stimulus checks and other benefits or a stimulus package after the elections.

The post The last day before election for Congress to pass coronavirus stimulus checks appeared first on ValueWalk.