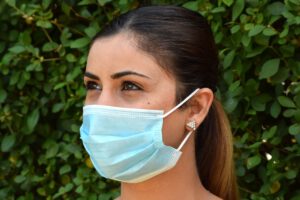 This past week, our country lost one of the most impactful names of our time: Justice Ruth Bader Ginsburg.  However, mere moments after her passing, President Trump and his Senate allies jumped at the opportunity to expediently fill her vacancy at a pace Americans waiting for aid are wholly unfamiliar with.

How is it that 40 odd days seem to Trump and his allies as “more than sufficient time” to appoint someone to the highest court in the land, but not at all enough time to pass a new stimulus package to carry struggling American families through an ongoing crisis?

“In an instant, Trump’s Senate allies went from dragging their feet on assistance for millions of struggling families and small businesses to a mad sprint to replace Justice Ginsburg. It’s clear where their priorities lie: with advancing their radical judicial agenda, not the wellbeing of the American people.” said Kyle Herrig, president of Accountable.US.

Here’s a look back at this past week’s headlines in congressional distraction and what that means for so many Americans that continue to struggle with a failed pandemic response.

Stimulus Progress Screeches to a Halt…

Americans waiting on desperately needed stimulus were let down yet again as lawmakers adjusted their sights beyond aid talks.

Powell And Mnuchin Set To Get Grilled On Need For More Stimulus. “Federal Reserve Chair Jerome Powell and Treasury Secretary Steven Mnuchin are set to be grilled by lawmakers Tuesday on the need for more stimulus to shore up the U.S. economy’s recovery from the coronavirus slump.” [The Washington Post, 9/22]

…Despite Desperate Need Amongst Struggling Americans

The Price Of Washington’s Stimulus Failure. “The bipartisan inability to deliver economic stimulus could impede economic growth for months to come. It will create widespread damage across America — from small businesses to large industries to schools and day cares — and leave many Americans without jobs or homes.” [Axios, 9/22]

Report: Struggling Black-Owned Businesses Need More Government Grants. “Some surveys predict that more than 40% of such enterprises will be forced to close.’ [Forbes, 9/22]

U.S.’s Historic Eviction Wave. “Millions in the U.S. are facing an eviction crisis of historic proportions according to housing experts. While the CDC has placed a moratorium on evictions, many are left behind by loopholes and the unpaid rent keeps piling up. Here’s how 3 tenants in NY are navigating the crisis.” [Bloomberg, 9/24]

COVID-19 Doesn’t Stop Just Because Our Leaders Have

The Trump administration and its allies in Congress may have changed their priorities, but COVID-19 doesn’t care — last weekend the nation hit 200,000 deaths, and some reports today have shown that the U.S. has reached seven million confirmed infections.

Analysis: US To Hit 200K Dead; Trump Sees No Need For Regret. “The virus continues to spread and there is currently no approved vaccine. Some public health experts fear infections could spike this fall and winter, perhaps even doubling the death count by the end of the year.” [AP, 9/20]

“We May Be Surprised Again’: An Unpredictable Pandemic Takes a Terrible Toll. “At least 73 countries are seeing surges in newly detected cases, and in regions where cold weather is approaching, worries are mounting.” [New York Times, 9/20]

One More Thing: A Week of Politicization in Trusted Systems

To top off a seemingly endless week of headlines, the Trump administration continues to meddle in the communications between our nation’s once-trusted scientific bodies and the public.

In ‘Power Grab,’ Health Secretary Azar Asserts Authority Over F.D.A. “In a stunning declaration of authority, Alex M. Azar II, the secretary of health and human services, this week barred the nation’s health agencies from signing any new rules regarding the nation’s foods, medicines, medical devices and other products, including vaccines.” [New York Times, 9/19]

Advice On Airborne Virus Transmission Vanishes From C.D.C. Website. “The new guidance, published only on Friday, had acknowledged that fine particles floating in air may spread the virus.” [New York Times, 9/21]

The CDC’s Crumbling Reputation. “The big picture: Concerns about the CDC’s competence and politicization have only grown as the pandemic rages on.” [Axios, 9/22]

Science Academies Sound Alarm On Political Interference. “The reports of widespread political interference come at a critical point in the pandemic, the science and medicine academy leaders warned.” [Politico, 9/24]

The post Senate Distraction Lends Itself to A Week of Stimulus Inaction appeared first on ValueWalk.