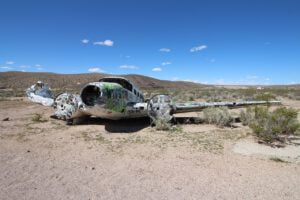 The American dream is dead, she thinks to herself. After all her hard work. All the blood, sweat and tears. Long nights in the office away from her family.  Diligently saving up every penny so they could have that white picket fence. A big screen television. And even an iPhone 11 Pro.

The American Dream Is Officially Dead

Emma slowly sips her bourbon while sitting on her porch. Deep wrinkles caused by stress are embedded into her once smooth face. A chunk of her blonde hair falls to the ground.  Bloodshot eyes stare at an empty suburban yard. A gust of warm, dry wind picks up the abandoned strand of hair. The hair floats for a minute by Emma’s lonely face. Then it is gone.  Gone with the wind.

After two down days in the stock market, the American Dream has officially been declared dead.  There are thousands like Emma. Young professionals who were taught that tech stocks only go up.  These professionals slaved away in the office. Working 60 plus hours and dumping all of their discretionary income into overvalued tech stocks.

Everything was wine and roses. The ones who bought Tesla at $200 multiplied their investment by a factor of ten in under a year.  Markets roared.  Money flew.  And millionaires were made.

And then Thursday happened. It seemed like a glitch. Did Tesla do a secret stock split? Or was the Fed just sleeping?  Markets are not supposed to go down.  A market is an entity that only goes up, as any first year economics student would say.  So it was brushed off.  An anomaly.  Buy the dip and forget.  But when Friday came it became all to clear.  The American dream is dead.

Deaths And Panics Caused By The Crash

“I don’t know what I will do,” Emma told reporters.  “I still can’t believe tech stocks are down two days in a row.  I feel like I’m living in a nightmare,” as she takes a sip of her Starbucks while wearing her $200 dollar Lululemon yoga pants.

Emma’s mind races as she walks to her spin class.  “Is this the end of the world,” she thinks as she looks at the weekly price chart of QQQ.  “Tech stocks are not supposed to go down.  They are only suppose to go up.”

Emma looks down at a homeless man sitting outside of her spin class.  He reeks of urine.  Blisters are scattered across his face.  “Can you spare a dollar mam?” he says in a coughing fit to Emma.  Emma looks down at the helpless man and sees herself.  Her phone vibrates.  “Dinner at Nobu tonight,” a text says.  She smiles as she enters the spin class.  “The American dream might be dead, but at least I’m rich,” she says.

This satire article first appeared on The Stonk Market

The post Markets Crash Two Days In A Row: The American Dream Is Dead appeared first on ValueWalk.