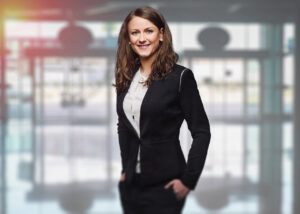 A new study shows that remote work is a mixed bag. While it’s good for some workers’ mental health, it also blurs the line between home and office.

But working remotely is even more challenging when you’re the new kid, with no water cooler talk or casual breakroom conversation to learn the company’s unspoken codes.

How To Learn Workplace Rules

Not every workplace rule, tradition or general way of doing things appears in the employee handbook.

Newly hired employees often must figure out on their own how a company’s culture really operates, and how to maneuver within “unwritten rules” to move up in the organization. Now, with remote work that COVID-19 forced on so many businesses, that daunting transition from rookie worker to savvy employee has become even more challenging.

“At many businesses, new employees probably are not in the office very often, if at all, and much of their interactions with their new co-workers come through virtual meetings or email exchanges,” says Bob Slater, co-author with his son, Nick Slater, of Look Out Above! The Young Professional’s Guide to Success.

“Those spontaneous, one-on-one ‘water cooler’ chats with your new colleagues, where they can clue you in on a lot of things about the business and the bosses, just aren’t happening.”

All is not lost, though, say the Slaters.

Even when starting a new job remotely, there are ways to figure out a company’s unwritten rules and give yourself a better chance to succeed as a result. The Slaters offer a few tips for learning those unwritten rules and also avoiding any missteps in your early weeks as a remote employee:

“It’s worth remembering that regardless of what your new company’s unwritten rules are, your success ultimately depends on maximizing your contribution to the organization,” Bob Slater says. “In all but dysfunctional companies, expect rationality to ultimately prevail in terms of the right people being promoted. There may be times when meritocracy seems to be out of whack, but ultimately exceptional performers will be recognized.”

About Bob and Nick Slater

Bob Slater and Nick Slater (www.bobandnickslater.com) are the co-authors of Look Out Above! The Young Professional’s Guide to Success. Bob Slater is a former trial lawyer and helped build two national real estate companies. He has taught undergraduate and MBA students for 15 years at the University of North Carolina’s Kenan-Flagler School of Business and Duke University’s Fuqua School of Business. Nick Slater, an attorney, entrepreneur, and writer, is a graduate of the University of Georgia and holds a law degree from the University of North Carolina at Chapel Hill. Nick currently lives in London with his wife and their English bulldogs.

The post How To Learn A Company’s Unwritten Office Rules When There’s No Office appeared first on ValueWalk.