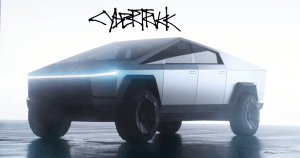 Bill Gates has taken aim at Tesla CEO Elon Musk in the past, and now Musk is returning the favor after a second snub by the Microsoft co-founder. Musk says Gates “has no clue” about electric trucks after Gates said they won’t be a viable option for semis and left Tesla out of his blog post mentioning companies that are making EVs.

Elon Musk made the comment about Bill Gates in a response to a tweet asking about what he thinks of Gates’ opinions on electric trucks.

Gates wrote a blog post about electric vehicles last month, and he said he doesn’t think EVs will ever be a viable option for 18-wheelers and long-haul trips. He said electricity works only when short distances are being covered, “but we need a different solution for heavy, long-haul vehicles.”

The billionaire philanthropist said batteries for electric vehicles are “big and heavy,” which is why he doesn’t believe electric vehicles will ever work for large, long-haul vehicles. Instead, he suggested that biofuels would be a better solution in those cases.

Interestingly, in his post about electric vehicles, Gates also mentioned several companies that make electric pickup trucks, but he didn’t include Tesla on his list. Many saw that as a snub of Musk’s company, as he mentioned GM, Ford, Rivian and Bollinger but left out Tesla and its Cybertruck.

The blog post wasn’t the first time Bill Gates had a disagreement with Elon Musk. In a previous interview with CNBC, Gates told the Tesla CEO to stop talking about things that were outside his areas of expertise. He said Musk’s “positioning is to maintain a high level of outrageous comments.”

He added that Musk isn’t involved in making vaccines, although he “makes a great electric car, and his rockets work well.” He hoped that musk wouldn’t “confuse areas he’s not involved in too much.”

It seems unlikely that Bill Gates will return fire again at Elon Musk, but the public spat between them is certainly interesting.

The post Elon Musk faces off with Bill Gates on electric trucks appeared first on ValueWalk.