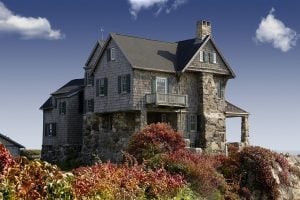 Millions of people are evicted from their homes every year in America, but as COVID-19 continues to ravage the United States, is highly likely to face an eviction epidemic that will devastate millions more.

Almost as soon it arrived in late February, the pandemic completely changed the housing landscape in most US states, which is now coupled with an economic collapse unlike any seen in a generation. While people are already struggling to make their rent and mortgage payments, the range of local, state, federal protections and other resources are set to expire soon, which is set to create the most severe housing crisis in the nation’s history.

Temporary financial assistance from the government has certainly helped many people during this difficult time, as did the orders from numerous federal, state, county, and city authorities who created protection measures against people being kicked out of their homes. This halt on evictions was based on the need for people to stay isolated inside their homes, in an attempt to reduce the community transmission of COVID-19.

Even though they were only temporarily, these moratoriums have clearly demonstrated the potential of increased protections and safeguards for tenants. Because they are soon ending at both local and federal levels, evictions will soon be allowed again in many states. This could see something like 30 million low-income renters will be once again at severe risk of eviction and thrown out of their homes at pretty much any time over the coming months.

The whole economic downturn has been particularly devastating for many renters, who are statistically far more likely to receive an hourly wage that had been cut during the pandemic.

In fact, millions of renting Americans who already had low incomes and little savings for a financial safety net before the pandemic suddenly had no primary source of income and were left with minimal choices when they needed somewhere to live. The hardest-hit tenants already had housing costs worth most of their paychecks and were also more likely to be working in areas that saw severe and immediate job losses.

As it stands, these laws are almost always overwhelmingly for the protection of the landlord’s rights over those of the tenants. Sure, eviction is still a threat to those people who have financial resources. But the risk of homelessness is far greater for those struggling to hang on to the bottom of the housing ladder.

Those people who are constantly living with insecure housing are extremely resilient simply out of necessity, but they shouldn’t have to be. But unfortunately, American society continues to allow predatory landlords to profit from the economic hardship of others.

The statistics are damning

Up to 40 million people living in the United States will likely be at risk of eviction in the coming months. People living in California face the highest risk with over 4 million people possibly looking at homelessness, closely followed by New York, Florida, Illinois, Ohio, and Texas. This is the same story around the world, with 230,000 renters at risk of ‘COVID-eviction’ when the government ban lifts.

While more than 30 million people in the USA have lost their jobs and been forced to file jobless claims, at least a third of them are unsure whether they will be able to make up their rent payments next month, and just over a quarter paid their rent late last month.

Because landlords are much less likely to accept tenants who they believe may be at risk of rent defaults, especially anyone with a previous eviction on their record, this is going to have a devastating knock-on effect of increasing the homeless working class. In turn, this has drastically impacted property management companies and the trends suggest that the industry is in for a big change.

The fallout of the coming eviction epidemic

The fallout from eviction can be severe, sending families to homeless shelters, or live inside abandoned houses, under bridges, or wherever else they can find on the street. Even more saddening is the realization that it’s American mothers with children who will ultimately be hit the hardest of all during the coming eviction epidemic. Because eviction is not just a condition of poverty, it’s also the cause of it as well.

The post Does America Have A Looming Eviction Epidemic On The Horizon? appeared first on ValueWalk.