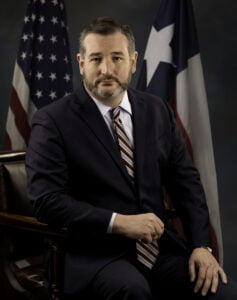 According to CNN, Cruz pushed hard for a “school choice” plan at the Senate Republican Conference. Cruz wants billions of dollars in tax cuts for private schools. This idea, referred to as “school choice,” was first raised by U.S. Secretary of Education Betsy DeVos.

Basically, the “school choice” program aims to provide more choice to parents in terms of where they want to send their kids to school. The idea asks for funding for parochial, charter, and private schools and home-school programs.

The proposal put forth by Cruz specifically asks for full reimbursement for donations to state-based nonprofit scholarship funds. Such a proposal would make tuition and other education expenses in non-public K-12 schooling affordable for parents.

Those against the idea argue that all the funding the proposal is asking for could end up being used by existing public schools to improve their financial situations.

Cruz is reportedly threatening to vote against stimulus legislation if it doesn’t include “school choice.” Many believe Cruz’s stance could endanger the next round of coronavirus checks.

McConnell needs support of all

It has long been known that McConnell will need every Republican’s support to pass the next stimulus package. After McConnell introduced the $1 trillion HEALS Act in July, there were reports of a revolt within the Senate. It was reported that several Republicans had raised question about the size, scope and contents of the proposal.

Thus, McConnell would not want to lose Cruz’s support at such a time. However, getting him on board would mean agreeing to “school choice, “but that would further raise the cost of the stimulus package. This again, may endanger the next round of stimulus checks.

Meanwhile, after reports that Cruz could endanger the next round of coronavirus stimulus checks, people took to social media to express their anger.

“This guy wants to use our tax dollars for his religious crusade, but not find public schools? #CruzMustGo #DumpCruz,” one user tweeted.

In addition to school choice being the preference of the rich to prop up their private schools, school choice is another way for people who want to discriminate to win; private elementary and high schools are where you can fire people for being gay and reject kids of gay people..