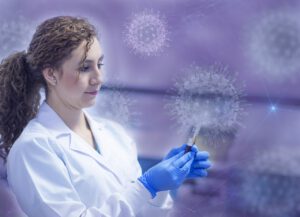 COVID19 Vaccine Makers’ Pledge No Better Than NRA’s Promises; Standard Same As Playing Russian Roulette With 3 Out of 6 Bullets

WASHINGTON, D.C. (September 8, 2020) –  Today’s pledge by nine COVID19 vaccine makers that they will hold back seeking FDA approval until their product is proven to be both safe and effective is unlikely to persuade either the public nor a growing number of spectacle experts, says public interest law professor John Banzhaf, who predicts that it will be seen like an assurance from the NRA that gun owners will use assault rifles responsibly, or from the Hell’s Angles that its members will obey traffic regulations.

Indeed, says Banzhaf, since the standard to establish effectiveness is only 50% – in contrast, most routine childhood vaccines are effective for 85% to 95% of recipients – 50% reliability is like playing Russian roulette with a revolver loaded with 3 out of 6 bullets.

Despite this new pledge by vaccine manufacturers, a promise by FDA Commissioner Stephen Hahn, and assurances by an FDA advisory committee of a thorough review of the safety and effectiveness of any COVID19 vaccine before widespread immunization is authorized, Democratic vice presidential candidate Kamala Harris said she wouldn’t trust any vaccine released before the election.

Thus she appears to join growing demands for some kind of independent commission – entirely free of political, economic, or other biases – to review the data if approval for widespread distribution is sought before normal and extensive phase three trials are completed, says Banzhaf, who has proposed an alternative.

A fierce debate has erupted, reports the Washington Post, over whether the Food and Drug Administration [FDA] should use its emergency authority to authorize the distribution of a COVID19 vaccine before it is thoroughly tested and finally approved; a step which many warn could pose safety dangers (if the vaccine itself triggered adverse reactions in some populations, or failed to provide adequate protection), and also inflame existing anti-vaccination sentiment and cause even more people to refuse to be vaccinated.

As a result, there is a growing chorus within the medical community – as reported by CNN, the Washington Post, CBS, WebMD, STAT, The Independent, and others – calling for an independent commission, free from bias, including pressure from the President – to review the safety and effectiveness of any vaccine before it is widely distributed.

This concern comes in response to a statement by FDA Commissioner Hahn that the FDA could well consider emergency use authorization or approval for a COVID19 vaccine before phase three trials are complete – and much earlier than virtually all experts believe that safety and effectiveness for all major population groups can be reliably established – and also a letter from the FDA suggesting that it might grant such an approval just prior to election day (“late October”).

This is despite warnings, such as this from the New York Times, that “if a vaccine turns out to have dangerous side effects for some people, the fallout could be catastrophic, damaging their corporate reputations, putting their broader portfolio of products at risk and broadly undermining trust in vaccines, one of the great public health advances in human history.”

The companies’ draft statement says the drug makers will submit applications for government emergency-use authorization or licensure of vaccines only if they conclude there is “substantial evidence of safety and efficacy” from apparently interim results.

But “substantial evidence” is very far short of the standard of proof usually sought in medical and scientific studies, or even political polling, which is to a confidence level of 95%, notes Banzhaf, an expert in statistics and the creator of the “Banzhaf Index.”

While pleas for an independent commission are unlikely to be effective at an agency which – unlike independent federal agencies such as the FCC, FTC, etc. – is headed by a commissioner who serves at the pleasure of the President and can be fired by him at any time and without cause, there is a way to protect the public from a possibly ineffective or even harmful vaccine, notes Banzhaf.

Indeed, as a professor of Torts, he points out that any physician, hospital, medical insurance company, or other entity which took part in administering a vaccine which had not been fully tested as it normally is through large scale phase three trials – and where there was strong and ever-growing reason to believe that any premature FDA emergency authorization was rushed for political reasons and not based upon established medical testing procedures – could be held legally liable if a person receiving the vaccine suffered an adverse reaction (including coming down with COVID19 as a direct result), or whose reasonable reliance on the vaccine caused them (e.g., hospital workers) to risk exposure to the virus which then turned out to be harmful if not deadly.

These potentially very costly legal risks are multiplied many times by recent medical findings that, in addition to killing a tiny percentage of those (mostly the elderly and those with pre-existing medical conditions) who become infected, many if not most even younger healthy victims who experience symptoms of COVID-19 suffer permanent medical problems – including some disabilities – because of damage to their hearts or lungs, and perhaps also to kidneys and even brains (now beginning to be called “brain fog”).

However, if one or more major medical organizations – such as the American Medical Association, American College of Physicians, American Academy of Family Physicians, National Medical Association, etc. – were to announce that it would consider recommending that its members not administer any COVID19 vaccine which had not fully completed phase three trials unless a responsible body independent of the federal government and the President had endorsed it, that announcement would probably force the FDA to permit such a review, or effectively prevent premature widespread distribution of a potentially deadly vaccine, argues Banzhaf.

The same result would also probably occur if several of the major hospital chains, or large health insurance carriers, were to take the same position, he adds.

Public’s Distrust Of The FDA

Among the numerous reasons for many reasonable members of the public to distrust the FDA and its head regarding the pandemic, Prof. Banzhaf lists the following:

To counter the call for a new independent commission, the FDA has argued that it “has committed to use an advisory committee composed of independent experts to ensure deliberations about authorization or licensure are transparent for the public” – although its recommendations are not binding and can be ignored by the agency, notes Banzhaf.

But critics such as Dr. Kathryn Stephenson of Harvard Medical School, bioethicist Arthur Caplan of NYU, and others say that a public already skeptical about COVID19 vaccines and the FDA itself is unlikely to trust this FDA advisory committee because some of its members work for pharmaceutical companies or government agencies, and thus are subject to pressure from the President and others.

The same is probably true with regard to promises of the growing number of FDA employees – such as Dr. Moncef Slaoui and Dr. Peter Marks – who claim that they would resign rather than cooperating in permitting an unsafe or ineffective vaccine to be distributed.

Indeed, in a recent survey, 78% of respondents said they were worried that the approval process for a COVID19 vaccine was being influenced more by politics than by science.  Thus two-thirds of American voters say they would not take a COVID19 vaccine when it first comes out, and some 25% claim they would never accept it – actions which would very substantially delay any return to pre-COVID normalcy.

While getting and distributing a safe and effective vaccine as early as possible is obviously important, virtually all of the experts say that it almost certainly could not be done before the end of the year.

To now rush it for release just prior to election day, without completing the basic phase three trials necessary to show whether it is both safe and effective in all major population groups, would only increase the existing distrust of the public regarding the government’s handling of the entire COVID-19 crisis, and could substantially prolong the hardship of the pandemic if even more people simply refused to use the vaccine once the FDA authorized it on an emergency basis -what is being called “vaccine hesitancy.”

It could also make it more difficult to find people willing to participate in any other clinical trials for that vaccine – or for the many other experimental vaccines still being tested – because participants might not want to take the risk of getting a placebo offering no protection at all when they could get a shot of an arguably effective vaccine authorized (at least on an emergency basis) by the FDA.

So Prof. Banzhaf suggests that it would be appropriate for major medical organizations, large hospital chains, and big medical insurance companies to consider what their role should be regarding the distribution and administration of any COVID19 vaccine without the satisfactory completion and unbiased evaluation of clinical trials.