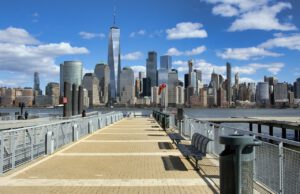 With nearly 40 million Americans in poverty and COVID-19 threatening future economic security for many more, Stacker has released an analysis on poverty rates across America- including local takeaways for New Jersey and nationwide.

Using the most recent five-year estimates from the U.S. Census Bureau, Stacker analyzed the state of poverty in New Jersey to gain insights into poverty’s impact on the overall population, racial disparities in poverty, and county-level comparisons. 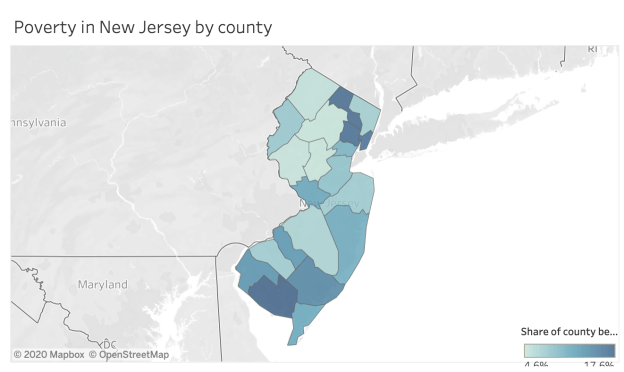 Overall, New Jersey has 904,132 people living below the poverty line or 10.4% of the state’s population – the #44 highest rate of poverty among all states. Cumberland County has the highest poverty rate within New Jersey (17.6% of its population) while Cape May County has the lowest (4.6%).

Counties with the highest and lowest poverty rates in New Jersey

Poverty is one of America’s most vexing and poignant issues—what causes it, why does it persist, how can we end it, what defines it, and just how many people are poor? To take a look at state-level poverty, Stacker analyzed the U.S. Census Bureau’s five-year population estimates from the 2014-2018 American Community Survey (ACS) to show the breakdown of poverty across America.

The U.S. FPL is a metric first used in the 1960s that is based on the cost of a minimal food budget multiplied by three on the assumption that food comprises a third of a household’s expenses. The FPL is used as a threshold for determining an individual or families’ eligibility for assistance programs from SNAP benefits to Medicaid. Various social services have different caps for eligibility from 100% of the FPL or higher.

Some say 200% of the federal poverty level is a more realistic figure for covering the cost of basic needs in the United States. None of the measures captures what is known as episodic poverty, which affects workers with temporary jobs or those in the informal or gig economies.

Poverty rates in America also reveal a disturbing racial gap, with Black Americans 2.5 times more likely to be poor than white Americans, according to the Kaiser Family Foundation. Research generally points to causes like poor education systems, workplace discrimination, and high incarceration rates. The coronavirus has reached into that gap, with correlations between poverty and COVID-19 hitting low-income Black communities disproportionately hard. Experts say there is more likelihood of underlying medical conditions that make Black people vulnerable, such as diabetes and heart disease. Those communities tend to have less access to good health care and have higher populations of essential workers who cannot stay home and are forced to stay on the job and risk getting infected.

The post Counties With The Highest Poverty Rates In America appeared first on ValueWalk.