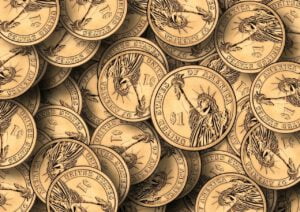 The ongoing stalemate over the next relief package has been continuing over the past two months. If the Wall Street analysts are to be believed, then this stalemate could continue at least until the election. This means you may not get coronavirus stimulus checks before the November election.

Wall Street analysts believe the fight over appointing the successor of Supreme Court Justice Ruth Bader Ginsburg could keep the lawmakers busy. This lowers the chances of a stimulus package anytime soon.

President Donald Trump has announced that he will reveal his Supreme Court nominee by Saturday. Adam Crisafulli, the founder of Vital Knowledge, believes the debate over this issue will “formally eliminate whatever chance may have still existed for pre-election fiscal stimulus.”

Wells Fargo Securities analysts believe there is a 25% chance of another relief package before the November election, according to a Forbes report. The analysts say that both sides “seem dug in and willing to wait.”

Chris Krueger, strategist at Cowen notes that the Congress is unlikely to be left with oxygen after the Supreme Court battle. The analyst, however, believes that the lawmakers may still approve a relief package during the lame duck session after the election.

No need for stimulus checks and package

Speaking to CNBC on Tuesday, Stock strategist Ed Yardeni noted that the U.S. economy might grow enough this fall to render any large relief package redundant. Yardeni suggested that the economy is still receiving benefits from the earlier stimulus package.

“I reckon that there is still enough of this government stimulus that will keep the economy growing, probably through September, October, maybe November,” Yardeni said.

Yardeni points to personal savings rates as one reason why he is optimistic about the economic recovery. In April, the savings rate was at a record high of 33%. Though the rate has come down to 18% in July, it still is better than any other time going back to January 1959, as per the data from the Bureau of Economic Analysis.

Yardeni also believes that any new deal on the coronavirus stimulus package and checks is unlikely before the November presidential election. The expert also cites the fight between the Republicans and Democrats over filling the vacant Supreme Court seat as the likely reason for the delay in the stimulus package.