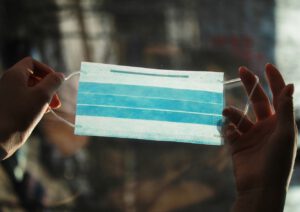 After Democrats rejected the $1.5 trillion plan introduced by a bipartisan group last week, Trump urged the Republicans to embrace a bigger stimulus package that includes coronavirus stimulus checks. Senate Republicans, who initially came up with the $1 trillion HEROES Act, introduced a relief package costing about $600 billion a couple of weeks back. This package was also rejected by Democrats.

Then to push forward the negotiations, Trump urged Republicans to go with a bigger package, saying he liked “the larger numbers.” Talking about the $1.5 trillion package by the bipartisan group, Trump said, “I agree with a lot of it.”

“Some of the Republicans disagree, but I think I can convince them to go along with that because I like the larger number,” Trump said at a press conference.

However, Trump’s request got little support from top Senate Republicans. Among the first to dismiss Trump’s call was Senate Finance Chairman Chuck Grassley.

“This used to be the White House versus Pelosi up until about now — now the president’s coming in and saying we can maybe go to $1.5 trillion,” Grassley told Bloomberg in a TV interview on Thursday. “He better be careful of that because I don’t think that will get through the United States Senate.”

The number two GOP leader, John Thune, tried to explain why Trump’s demand is not feasible. Thune said that $1 trillion is the “threshold at which you start losing Republican support.”

When asked what higher numbers Republicans would be willing to support, Thune said it was around $1 trillion initially, but “we had a lot of resistance to that, so I think our members are in that range, probably,” adding, “but as you go upwards from there you start losing Republican support pretty quickly.”

Pelosi not willing to accept anything below $2.2 trillion

Meanwhile, Democrats, especially House Speaker Nancy Pelosi, aren’t giving up on their demand for a $2.2 trillion package. Some Democrats have stressed the importance of reaching a deal soon and accepting a smaller package. But, Pelosi is firm on $2.2 trillion.

At a briefing on Thursday, Pelosi said “we have come down a trillion dollars,” from our earlier demand and “the needs have only grown.”

Pelosi, however, welcomed Trump’s call for a bigger stimulus, saying they are “encouraged” that after months of insisting, Trump “is now calling on Republicans to “go for the much higher numbers” in the next coronavirus relief package.”

It is very unlikely that the Senate would go for a bigger package that is above $1.5 trillion. White House press secretary Kayleigh McEnany clarified last week that Trump was referring to the $500 billion Senate bill that doesn’t include coronavirus stimulus checks. She said that the President is keen on sending direct payments.