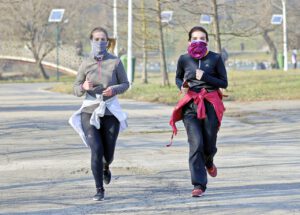 Negotiations over the next coronavirus relief package are still on hold, but that hasn’t kept lawmakers from talking about why they believe it’s the other side’s fault that nothing has been done. Democrats say there are two main sticking points aside from the fact that they want a blank check.

On the other hand, Republicans say Democrats would rather have no stimulus than a package that would cut out their pet projects.

House Speaker Nancy Pelosi told MSNBC that two main disagreements are holding up the negotiations over the next coronavirus relief package. She didn’t mention the fact that they refuse to even return to the bargaining table without a blank check from Republicans, presumably to include some of her pet projects.

Democrats want to spend upwards of $3 trillion, while Republicans are set on closer to $1 trillion. According to Pelosi, the problem isn’t the price tag of the bill, but rather, funds for state and local governments and for expanded COVID-19 testing.

Pelosi told MSNBC that coronavirus testing must be based on “the science,” referring to advice that the nation should be conducting 3 million COVID-19 tests every day. She said the HEROES Act passed by the Democrat-controlled House of Representatives follows that advice but that Republicans won’t do it.

She also said Republicans won’t agree to provide funds for state and local governments. Republicans have said before that they will provide funds to deal with shortfalls and increased expenses related to the pandemic, but they don’t want to bail out Democrat-controlled states and cities that have had budget problems for years.

Republicans are also pointing the finger at Democrats over the stalled coronavirus relief package negotiations. On NBC’s Meet the Press, White House Chief of Staff Mark Meadows said Pelosi would “rather have nothing” than come down further from the $2.2 trillion price tag she is demanding.

“She puts forth a number, suggests that she came down, and yet she’s willing to turn down $1.3 trillion of help that goes to the American people because she would rather them have nothing than to give way on what her fantasy objection might be,” he told the news program.

Unlike the Democrats, who refuse to say what would be included in the $2.2 trillion price tag they are demanding, the Republicans have made it clear what they would include. Meadows said the coronavirus relief package they are offering in negotiations would include enhanced unemployment “at levels she would agree with.”

He wasn’t clear how much the extra weekly benefit would be, but it seems unlikely that Republicans would agree to the full $600 in weekly benefits. He said the coronavirus relief package they are offering would also include more help for small businesses and assistance for hospitals, daycares and schools.