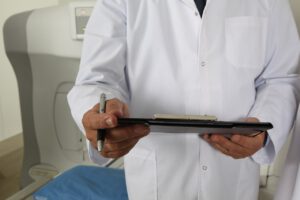 WASHINGTON, D.C. (September 23, 2020) – The nation’s Black doctors are taking a big step towards halting or at least delaying the release of a COVID vaccine to help protect African Americans – and, indirectly, all Americans – from a potentially deadly drug, notes public interest law professor John Banzhaf, who had urged the organization to take just such a step some 20 days ago.

More specifically, the National Medical Association [NMA] is creating a committee to review the safety and effectiveness of any new vaccine, before it is released, in order to provide an independent and unbiased watchdog.

As its president, Leon McDougle said: “It’s necessary to provide a trusted messenger of vetted information to the African American community”  . . . There is a concern that some of the recent decisions by the Food and Drug Administration have been unduly influenced by politicians.”

If this organization, which is trusted among African Americans, recommends that Black doctors not administer a hurriedly-approved vaccine, and that Black patients not agree to receive it, it could significantly delay, if not completely halt, the distribution of a new COVID vaccine, predicts Banzhaf, noting that African Americans tend to be especially suspicious of governmental health officials, and have been infected – and died or become disabled from COVID-19 – in disproportionately high numbers.

If one or more additional major medical organizations joins with NMA in likewise reviewing the evidence regarding any new COVID vaccine, the effect would be even greater, argues Banzhaf, who says that he will be contacting the American Medical Association, American College of Physicians, and the American Academy of Family Physicians, asking each major medical organization to likewise play a role regarding the rushed release of any new vaccine to protect the public health.

On September 3, Banzhaf told top officials of the NMA that “if one or more major medical organizations – such as the American Medical Association, American College of Physicians, American Academy of Family Physicians, National Medical Association, etc. – were to announce – as many experts have suggested – that it would recommend that its members not administer any vaccine which had not fully completed phase three trials unless a responsible body independent of the federal government and the President had endorsed it, that announcement would probably force the FDA to permit such a review or effectively prevent premature distribution of a potentially deadly vaccine.”

He was referring to growing caucus within the medical community – as reported by CNN, the Washington Post, CBS, WebMD, STAT, and others, and recently joined by former Vice President Joe Biden – calling for an independent commission, free from bias, including pressure from the President – to review the safety and effectiveness of any vaccine before it is widely administered.

Law professor Banzhaf pointed out that any physician, hospital, medical insurance company, or other entity which took part in administering a vaccine which had not been fully tested as it normally is through large scale phase three trials – and where there was reason to suspect that any premature FDA emergency authorization was rushed for political reasons and not based upon established medical testing procedures – could be sued and perhaps even be held legally liable if a person receiving the vaccine suffered an adverse reaction (including coming down with COVID-19 as a direct result), or whose reasonable reliance on the vaccine caused them (e.g., hospital workers) to risk exposure to the virus which then turned out to be harmful if not deadly.

The need for independent experts to vet any new vaccine before it was released to the public was just heightened by new disclosures that top officials in the administration, leading effort to release a virus at “warp speed,” have financial ties to the companies now seeking to develop and profit from new vaccines.

The House Select Subcommittee on the Coronavirus released a report documenting these clear conflicts of interest.  The Subcommittee’s Chairman, Rep. James Clyburn, stated that the documents “have heightened concerns that these advisers may have significant undisclosed financial conflicts of interest that, contrary to the administration’s public statements, have not been adequately addressed.