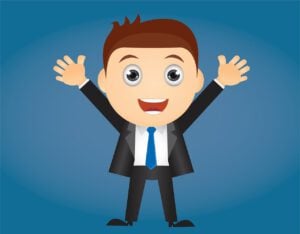 Too many companies keep their people trapped in the “old way” of working. If yours is one of them, you might not be around much longer. Ed Hess reveals seven key employee behaviors that are mission-critical for organizational success in the Digital Age – and a few red flags that show you might be in trouble.

Oakland, CA (September 2020) – The old way of working is dead. Its death throes began decades ago, and the COVID shake-up has slammed the lid on the coffin. In a world of flux, we all have to be 24/7 learners, innovators, and collaborators. Yet most companies continue to allow, encourage, or even force workers to keep up their old rugged-individualistic, head-down, fear-driven, Industrial-Revolution-era ways.

Ed Hess says many leaders don’t even realize these “old-school” dynamics are at play in their company. And if they do, they may not know how dangerous they are.

“No business can compete for long in a marketplace that requires constant innovation when people show up to work in a way that squelches innovation,” says Hess, author of Hyper-Learning: How to Adapt to the Speed of Change (Berrett-Koehler Publishers, September 2020, ISBN: 978-1-523-08924-6, $29.95, edhess.org). “And it doesn’t matter how much you insist your culture is innovative if the employee behaviors happening around you inhibit innovation.” (To paraphrase Emerson, what your employees do speaks so loudly that no one can hear what your mission/vision/values say.)

What Hess calls the “new way of working” requires employees to continuously learn, unlearn, and relearn so they can adapt to the reality of the world as it evolves. (This is the essence of Hyper-Learning.) And it requires leaders to lead in a way that encourages this to happen.

In his book, Hess identifies seven foundational behaviors that are necessary for people to be Hyper-Learners. He says they’re a good yardstick for any organization.

“Look around,” he urges leaders. “If you don’t see these seven employee behaviors in action, you don’t have an innovative culture. The proof is in how people act, every day.”

The best thinkers, the best learners, the best collaborators, and the best listeners have learned how to manage their Inner World—their ego, mind, body, and emotions. This means people have a quiet ego and are open-minded and good at “not knowing.” They don’t reflexively defend, deny, or deflect when someone challenges them. They are willing to change their position when they get better evidence. When talking to others, they have a quiet mind and are fully present and focused totally on listening and trying to understand what the other person is saying. They control their negative emotions and rarely fly off the handle.

Red Flags: A person who can’t “manage self” has to always be right. Others may describe them as defensive, arrogant, judgmental, or super-opinionated. A person who frequently interrupts people or who multi-tasks while listening to others. And A person who behaves in disrespectful ways or can’t control their emotions. A person who raises their voice or who glares at people.

No one achieves success by themselves. In the Digital Age, their success will be highly dependent upon their ability to build caring, trusting relationships at work that enable the highest levels of thinking and learning with others. Otherness is a mindset—a belief that they need the help of others to see what they don’t see because of their tendencies to seek confirmation of what they believe.

They understand the power of slowing down to be fully in the moment, and they express their positivity by smiling, by their tone of voice, by their calmness, and by the words they choose to use.

And they behave in respectful ways to others even if they disagree with what is being said. They express gratitude often (i.e., “thank you,” “I appreciate that,” “you are kind”). A positive emotional environment in a meeting liberates people in that people can sync their positivity with each other and be fully engaged without the limitations of worries, insecurities, and fears. People can be their Best Selves, so you have the opportunity to have high-quality conversations that can result in team flow that can lead to “wow” results.

Red Flags: People are rude to each other. People use body language that says, I am not really listening to you or I am dominant. And people put down others. People are closed-minded or not engaged. People are constantly interrupting or raising their voices and moving forward, getting ready to attack verbally.

This begins with leaders: They know how to set up meetings so that people feel psychologically “safe” to join in. Leaders have created an environment where collaboration is not a competition—an environment where people care about each other and trust that no one will do them harm. During meetings, people are fully present, attentive, and connected to each other. Everyone gets to speak. People challenge the status quo and seek the best possible idea, regardless of the status or position of who suggested it.

Red Flags: The highest-ranking people dominate and aggressively push their views. Meetings are not genuine open discussions—the answer is predetermined, and the real goal is consent and compliance. Some people don’t speak up at all. Too often, critiques get personal.

People who exhibit this behavior allow others to talk. They reframe what they think the other person is saying, to make sure they understand. They ask clarifying questions before telling, advocating, or disagreeing. When they do disagree, they critique the idea, not the person.

Red Flags: People don’t make eye contact. They interrupt. And they multi-task during meetings. They are great “tellers,” not listeners. Their egos are wrapped up in showing the speaker that they are the smartest person in the room.

In the Digital Age, everyone will have to excel at going into the unknown and figuring things out. That takes courage—the courage to try. A person with courage is willing to experiment, even though they know they might fail. They also understand that most learning comes from having conversations with people who have different views. They don’t mind having respectful difficult conversations. You’ll find them volunteering for new projects, openly sharing their views, and asking for lots of feedback.

Red Flags: People are unwilling to take risks. They seem guarded and closed-lipped. Because they fear making mistakes or looking bad, they rarely step out of their comfort zone.

When employees possess this behavior, they are not married to their ideas. They are more open-minded. They never assume. And they are always seeking data, even if it will disconfirm their theory or even force a return to the drawing board. They seem to get the statement “I am not my ideas” on a deep level.

Red Flags: People defend their ideas even when there’s no data to support them. They rarely ask for the input of others (and if it’s given, they don’t listen to it). They are invested in being “right.”

“If you see most of these seven foundational employee behaviors in action, you’re on the right track,” concludes Hess. “If you see a lot of red flags, you’re in trouble.

“The good news is that people can change their behaviors,” he adds. “It takes a lot of intentional work. But as is always true, the first step is admitting you have a problem—and the second is realizing the upside of changing outweighs the downside of not changing.”

Edward D. Hess is professor of business administration, Batten Fellow, and Batten Executive-in-Residence at the Darden School of Business and the author of Hyper-Learning: How to Adapt to the Speed of Change. He is the author of 13 books, over 140 articles, and 60 Darden case studies. His work has appeared in over 400 global media outlets.

The post 7 Employee Behaviors That Predict Your Company’s Odds of Survival appeared first on ValueWalk.