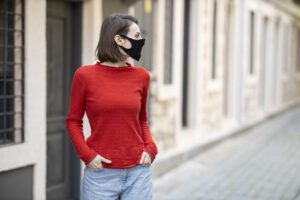 WASHINGTON, D.C. – Another 870,000 Americans joined the unemployment ranks in the last week, bringing the total number of workers drawing unemployment benefits to over 26 million. The news comes on the heels of a tragic milestone: over 200,000 U.S. Covid-19 deaths. While the deadly and costly repercussions of the pandemic and Trump recession continue to compound, President Trump’s Senate allies have apparently abandoned all responsibility to deliver additional aid to millions of struggling workers, states, and small businesses in pursuit of tilting the U.S. Supreme Court further to the right following the death of Justice Ruth Bader Ginsburg.

“In an instant, Trump’s Senate allies went on a mad sprint to replace Justice Ginsburg,” said Kyle Herrig, president of Accountable.US. “There should be no greater priority for Congress than addressing the worsening pandemic and its unprecedented impact on the economy. But Trump’s Senate allies are too busy trying to advance their judicial agenda to get Americans the support they need.”

By ignoring suffering and sacrifice on such a mass scale, it’s clear Trump’s Senate allies’ ruthless pursuit of power on the high court comes above all else and at any cost. The first order of business for the Senate should be passing a COVID-19 relief bill that prioritizes help for struggling small businesses, workers and their families — not just Trump’s wealthy friends and allies. It’s called the HEROES Act, that the U.S. House passed over 100 days ago that includes $100 billion in emergency rent aid and a full extension of the $600 enhanced unemployment benefit that expired in July.

As Trump and the Senate put all their energy into jamming through an unnamed Supreme Court nominee, it has been…

It’s Clear More — Not Less — Needs to Be Done as The Recession Continues for Millions of Americans: