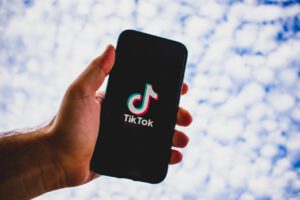 The tech industry is what truly drives the global economy today. Every sector is now supported by digital technology, innovation, and novelty. As a result, the country with the most major tech corporations can easily dominate the rest of the world. This is one of the key aspects of the currently ongoing China-US trade war. There have been continuous speculations about banning different Chinese companies from the US market due to security and other reasons.

Notably, the Chinese digital technology manufacturer “Huwaei” attracted global media attention after being banned from the US market. Moreover, even beyond the United States, Huawei will not be supported by Google services. This is a direct threat to the company that had been thriving prior to this unprecedented ban. But why was it truly outlawed in the most developed country on earth?

The Decision To Ban Huawei

The official reasoning given by the US government is that Huawei represented a major threat to the national security of the United States. Therefore, it had to be banned from the country’s market which consists of roughly 350 million people. However, there is some more to it. Since its widespread popularity in the United States, Huwaei was on track to becoming one of the leading phone brands in the country. This also was jeopardizing “Apple’s” role as the landmark US-based company that not only dominates the United States but also is known as one of the most important tech brands in the world. Therefore, the decision to ban Huawei was also backed by the local US market specifications.

Nevertheless, as soon as Google announced that it would cease supporting Huawei devices, the ban became more global. From that pint onwards, Huawei devices could no longer enjoy the freedom of using Google Play, music and other services. These are practically essential for the proper functioning of Android devices today. Therefore, with the absence of Google support, the demand for Huawei smartphones started to plummet dramatically.

Most recently, the United Kingdom has announced that it will ban Huawei from its 5G network. Britain is one of the frontrunners in terms of 5G innovation, planning to launch one of the world’s first full-operational networks. It had been announced before that Huawei would play a key role in creating and organizing this network. However, the British government decided to ban the Chinese company from its 5G project amidst security reasons. Without giving too many details, this statement has led to many speculations about whether China is spying on us or not.

TikTok is one of the most popular internet platforms now. Introduced just a few years ago, it initially was popular within mainland China. However, in 2019 TikTok started to gain momentum within the entire world. It now attracts more new users than any other social media on earth. According to Sensor Tower, the Chinese giant has over 2 billion app downloads through Apple store and Google play, thus becoming one of the biggest social media platforms on earth.

Mike Pompeo, the US secretary has said, that the US, in particular President Donald Trump will take action against TikTok and other Chinese apps throughout the coming days. The speculations about TikTok began as security threats were named as an issue by US government officials. They believe, that China could easily gain access to personal data of millions of Americans through TikTok and other less significant mobile applications. But is this really relevant? Or is there anything more to it?

The US is afraid to lose its tech dominance

The United States of America has been a tech dominant for decades now. Since the establishment of Silicon Valley and the launch of some of the first computing firms, the country has become an absolute leader in the market. As mentioned at the very beginning of the article, we live in the times when technology is the key to being successful. Whoever holds the most digital assets, ideas and innovations is the leader. Due to the high number of new startups and tech companies established in China, the US is terrified to even think of losing it place to China.

Director of the digital and cyberspace policy program at the Council on Foreign Relations Adam Segal told CNBC “It’s not clear to me that there is a huge security risk”. According to him, China already has access to the personal information of Americans gained through numerous hacks that have occurred over the past decade. “The risk-on propaganda and influence might be more but I think the larger context is … the Trump administration really wants to push back on China’s rise as a tech competitor to the United States,”

So when we think of it, is it really the security that sparks such an outrage of the US government? The reality is that US tech dominance is an important factor in the US-China tensions. Even if security reasons were absolutely valid and relevant, the US still would be worried about moving to second place.