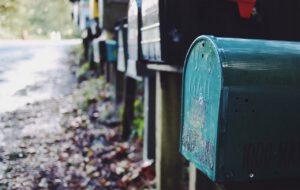 Washington, DC, August 19, 2020 — African American and Latino voters in battleground states expressed a surge of support for the Democratic presidential ticket following the announcement of Senator Kamala Harris as presidential nominee Joe Biden’s running mate, according to new polling today released by the nonpartisan and nonprofit Voter Participation Center (VPC), and its partner organization the Center for Voter Information (CVI). As their communities are continuing to be severely and disproportionately impacted by the pandemic, African American and Latino voters said they have a lack of information on voting by mail and whether or not it is a trustworthy method of casting a ballot.

Both African American and Latino voters are split 50/50 on whether they plan to vote by mail or in person, but the surveys show overwhelming agreement that they should have the option and information to vote by mail if they choose to do so.

Seventy-one percent of African American respondents felt voting in person was important because it makes a statement about “our right to vote” following the historic denial of the vote to Black people. Respondents had higher distrust for election officials in Texas, Georgia, and North Carolina, three states with both historic disenfranchisement of Black citizens and quite recent public attacks on the Black vote.

Latino voters are concerned about the safety and reliability of voting by mail given the realities of COVID-19. Many said they want to know more about voting by mail, but currently do not fully trust the process. Despite some skepticism, an overwhelming majority of Latinos believe that people should be able to decide whether or not they would like to vote by mail. Latinos remain concerned about possibly contracting coronavirus if they vote in person. A VPC/CVI/Voto Latino poll in July also found that Latino voters expressed low levels of information on voting by mail.

The polling — produced for VPC/CVI by Latino Decisions and the African American Research Collaborative — offers a detailed analysis of critical voting blocs that will help decide the outcome of the 2020 presidential election, and how they plan to vote this year. Toplines include:

Trust in Vote by Mail

COVID-19 and Vote by Mail

“African American and Latino voters’ fear and lack of information around voting by mail is extremely concerning with less than three months to go until the November election. There is no time to waste in ensuring historically disenfranchised eligible voters have the tools they need to safely cast their ballots,” said Page Gardner, founder and board chair VPC and CVI. “Voting by mail is safe, secure and effective, but it is clear more information must be provided to voters. We are continuing to be aggressive in our efforts to empower African American and Latino voters with voter registration and absentee ballot applications sent straight to their door, as well as resources available online, and making information easy for them to share with friends and family. We support states offering safe in-person options, but with mail-based voting being more needed than ever, we cannot risk a single voter missing out on their right to participate in democracy.”

“Vice President Biden did himself a great service by naming Senator Kamala Harris as his running mate. This increased his support from African Americans by 11 points, an amazing number for a vice presidential choice.  To grow this support even further, they will need to build support among younger Black voters, who cite as primary issue concerns racism, COVID-19, criminal justice reforms, and the economy. They will also need to fight to ensure that there is broad access to the ballot and everyone who chooses to vote by mail can do so,” said Henry Fernandez, CEO of African American Research Collaborative.

“This data makes clear that Latino voters are committed to voting this November, but much more information is needed on vote-by-mail which varies dramatically from state to state.  We need to invest in outreach to dispel the myths that are being spread to make sure all voters have the choice to vote in-person or by mail,” said Albert Morales, Senior Political Director at Latino Decisions. “This poll is the first to demonstrate that Senator Harris has the potential to deliver a boost to the Biden campaign with Latinos. We were in the field right at the moment Harris was announced as the VP nominee and we saw an immediate increase in Latino support for Biden following the Harris announcement.”

The Voter Participation Center (VPC) and Center for Voter Information (CVI) are non-profit and non-partisan civic engagement organizations dedicated to providing voters with the impartial information they need to make an informed decision and cast their ballot. Their focus is the Rising American Electorate—the people of color, young people and unmarried women who together represent 64% of the people who can vote in America. Together, VPC and CVI helped more than 5 million voters register and get to the polls in the group’s history, and run the nation’s largest mail-based voter registration and turnout programs.

The post Urgent Need For More Information On How To Vote By Mail appeared first on ValueWalk.