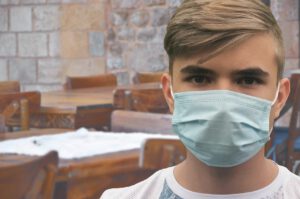 President Donald Trump tried to take matters into his own hands after talks on the next coronavirus relief package stalled. However, two weeks after he issued his executive orders, they still haven’t benefited anyone in most parts of the country.

When Trump issued his executive orders to try to enact a coronavirus relief package of his own, he was widely criticized. Many expected his orders to face legal opposition due to questions about whether he had the authority to issue such orders.

Others said his executive orders wouldn’t actually do what he wanted them to do, and it seems like that is exactly what has happened. His orders offered an extra $400 in weekly unemployment benefits, although cash-strapped states had to kick in $100 of that extra $400.

The president also attempted to defer payroll taxes and tried to stop evictions and suspend payments on student loans. However, in reality, his executive orders have provided very little economic stimulus relief for Americans hit hard by the coronavirus pandemic.

The Washington Post reports that as of Friday, Arizona was the only state that started sending the extra $300 in weekly unemployment benefits to its residents. In all, 13 states have been approved to send the extra money.

Kentucky and Montana have said they will kick in the extra $100 that is the states’ responsibility. Other states have said they are in the process of applying for the extra funds, although they haven’t said if they will actually send the payments. South Dakota has completely rejected the extra unemployment funds.

Trump and his economic team have repeatedly claimed that his executive orders made Congress’ need to pass a coronavirus relief package unnecessary. Trump said his orders would “take care of pretty much this entire situation.”

National Economic Council Director Larry Kudlow said when the order was signed that it would take “about two weeks” for the extra unemployment funds to start going out. However, many governors have said Trump’s plan is too complicated and could take several additional weeks to implement.

The White House also said that those who receive less than $100 per week in unemployment benefits from their states can’t receive the extra $300 in weekly benefits. That keeps up to 1 million unemployed Americans from receiving the funds.

The post Trump’s attempt at coronavirus relief package is having little effect appeared first on ValueWalk.